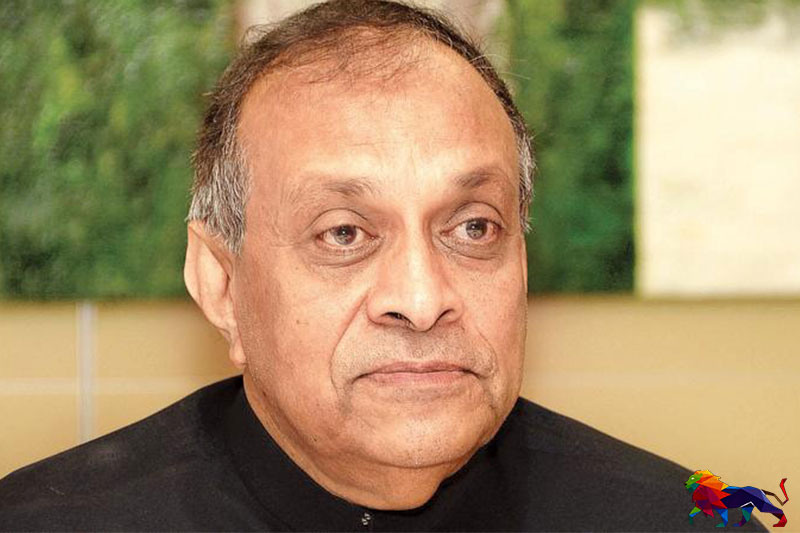 The government has not been able to meet the needs of the people despite having access to unprecedented power through the 20th Amendment, the Chairman of the National
Movement for a Just Society Karu Jayasuriya said.
At a press conference in Colombo today (03), the former Speaker noted the deteriorating condition with regard to the control of the pandemic, especially in the Western Province stating that the entire nation has been declared as a high risk zone.
"As the COVID-19 pandemic rages on, the whole society is under immense pressure today. The situation is deteriorating, especially in Colombo and in the Western Province. The country and her people are helpless. A top government official leading the efforts to control the pandemic says that the entire island has become a high-risk zone," Jayasuriya said.
Pointing out that essential commodities aren't available at the prices stipulated by the government, he said that there may not be any instances in the country's history where control prices gazetted by the government have been blatantly violated.
"Rice is not available today at government stipulated prices. Many essential commodities such as coconuts, sugar, dhal, onions and turmeric are not available. So what is the use of these sweeping powers? As citizens, we need to find answers for this question," he said, adding that the government must ensure that the daily lives of the people which have been severely affected by the COVID-19 pandemic, continues unabated.
Health funding slashed
He observed that Sri Lanka has slashed funding amidst a pandemic at a time when all countries have increased their funding for the health sector.

Jayasuriya said that the people will have to make certain compromises as long as the government ensures their well being.
"Our people can live without carpeted roads, luxury cars and buildings. However, we believe that the government should pay more attention to the health sector, he said.
Mahara prison incident
Jayasuriya said that the government must empathize with those who cannot afford to pay for the funerals of victims of COVID-19.
"The government needs to be more compassionate and pay attention to communities and social groups that are distressed and frightened by the rapid spread of the pandemic," noting the tragic incident recently at the Mahara Prison as one such example.
"Today we hear that the coronavirus is spreading rapidly in prisons. Accordingly, we need to pay more attention to practical solutions that can be used to reduce overcrowding in prisons while focusing on the welfare of inmates. None of the problems can be solved by shooting or committing murder. It has been revealed that many prisoners, who were injured by the unfortunate incident that transpired at the Mahara Prison, have contracted COVID-19," he said.

"What does this show? Have you ever heard of another country that sought solutions after shooting people who have contracted COVID-19?" the former Speaker inquired.
One Country - One Law
He said that public confidence has eroded after the appointment of staunch political allies to independent commissions despite stating otherwise.

"Although the government touted a 'one country, one law' policy, the politician responsible for the destruction of the royal court of King Buwanekabahu is still at large. Another politician who publicly proclaimed that he will not permit anyone to touch a 'single hair' of the person responsible for the destruction of the royal court challenged the country's rule of law. What was clearly validated by that single incident? That the rule of law has been rendered helpless similar to the plight of the people?" he said.

While reiterating that the National Movement for a Just Society presented these facts with good intentions, they warned the government not underestimate the people of this country.
"It is true that the people of this country have become silent witnesses. But I urge the government not to misconstrue that silence as a sign of cowardice. These incidents are a disgrace to the intellect of our citizens," he added.
Related News:
20A will usher one of the darkest periods in SL: Karu urges PM to adopt a new Constitution instead

Karu calls for a just society that values democracy