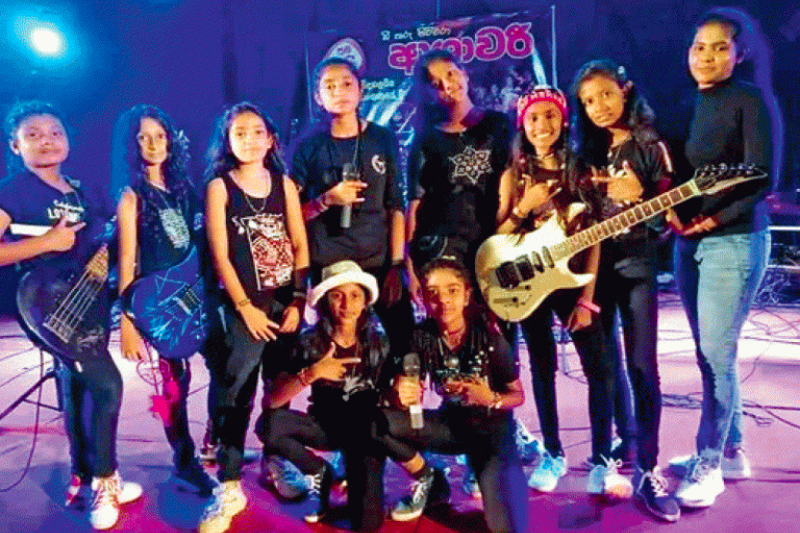 The Labour Department has dismissed claims that an all-girl band in Medirigiriya has been prohibited from performing.

In a statement, labour chief B.K. Prabhath Chandrakeerthi said his officials had only investigated a complaint that ‘Ashawari’ was due to perform at a musical show in Weliweriya on September 23.

The investigating officials faced disruptions to their duty and false propaganda was circulated in social media, Chandrakeerthi said.

Inquiries were made as per legal provisions to prevent the use of child labour, he added. 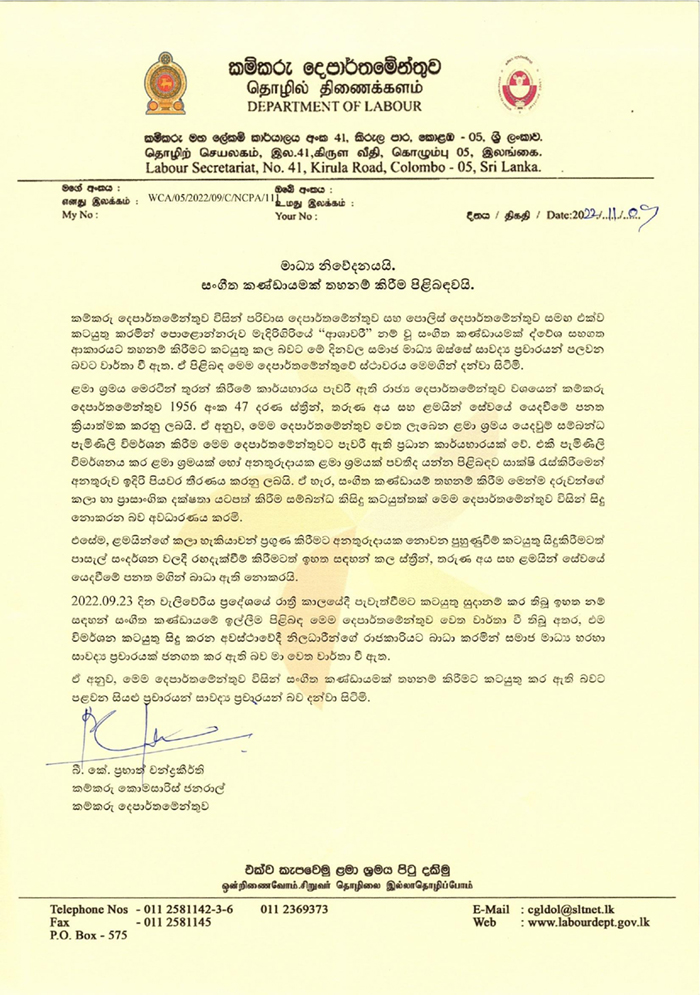