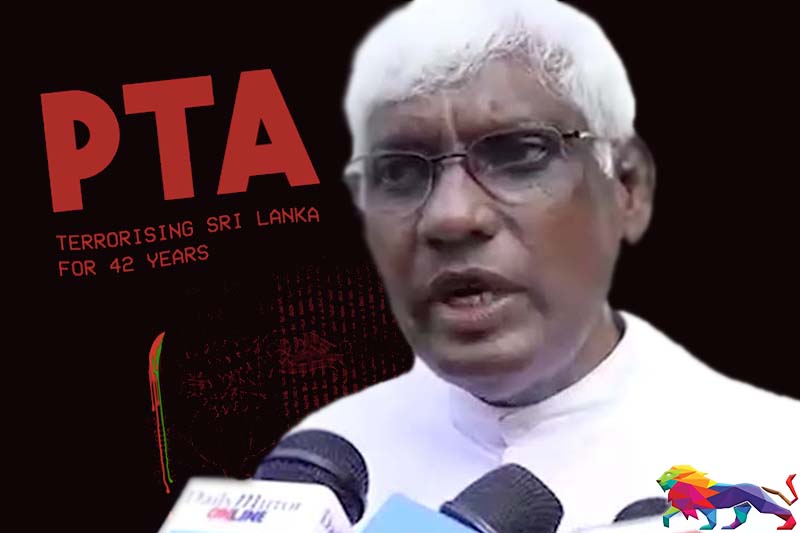 The Sinhalese are experiencing the brutality of the Prevention of Terrorism Act under the presidency of Ranil Wickremesinghe after the same act has been crushing down the Tamils for decades, says the National Centre for Freedom for Prisoners.

The Centre says its members have visited the Tamil political prisoners now on a hunger strike at Magazine Prison in Colombo.

Its convener Fr. Marimuthu Sakthivel said more than 40 political prisoners are presently behind bars following their arrest under the PTA, but that none of them even know the charges against them.

He accused the incumbent president of using the PTA and behaving like a terrorist.

“Street protestors are being arrested as terrorists. This should end immediately. Such a government should not be supported. Not only the TNA, anti-government parties in the south should also form a single front for freedom of the Tamil political prisoners,” he said.

Meanwhile, the Voice of the Voiceless has called for the intervention of responsible parties with regard to the hunger strike at Magazine Prison.

Tamil political representatives have given the government a list of 24 political prisoners who should be freed, said its convener Murugiah Komahan in Jaffna.