A high-level five-member delegation from the European Union (EU) has arrived in Sri Lanka to investigate whether the Sri Lankan government's continued flawed human rights record, including the implementation of the Prevention of Terrorism Act (PTA), is conducive to provide further tax concessions to Sri Lanka's exports.

With the probe set to begin today, there is a risk if the EU, Sri Lanka's largest market for the USD 5 billion apparel industry, will continue to provide concessional trade access to Sri Lanka.

In mid-June, the European Parliament passed a resolution calling for the withdrawal of GSP+ tax relief as well as anti-terrorism assistance to Sri Lanka if pledges made by the governmentto protect human rights, including the repealing of the PTA, are not fulfilled.

They will remain in Sri Lanka until October 5 to meet with representatives of the government, trade unions, civil society and United Nations agencies.

"The purpose of the monitoring will be to monitor Sri Lanka's compliance with the 27 international conventions on GSP + that cover human rights, labour rights, the environment and good governance as agreed," EU Delegation Chargé d'affaires Thorsten Bargfrede told Reuters.

In the first seven months of 2021, Sri Lanka exported 45% of its garments worth USD 2.7 billion to the European Union, compared to USD 2.2 billion last year.

About 60% of the garment exporters, the country's second highest foreign exchange earning industry, benefit from the EU's GSP+ concession for garment exports to the European region, with a cost benefit of 9.5%.

GSP+ is a significant relief to the apparel industry, which has been hit hard by closures and declining sales during the pandemic which hopes to attract foreign investment and reach the USD 8 billion earnings target by 2026, at a growth rate of 60% above current levels.

Industrialists say the government has promised to work with the European Union to secure GSP+.

Tully Cooray, General Secretary of the Joint Apparel Associations Forum (JAAF), told the media that if Sri Lanka loses the GSP + concession, the apparel industry risks losing more than USD 500 million worth of export opportunities within a year.

The Joint Apparel Associations Forum also fears the threat of factory closures if Sri Lanka loses its preferential tax relief. Around 350,000 direct and 700,000 indirect workers are employed with small and medium producers, 80% of whom are rural women.

"To retain our access, be competitive and expand our market share we must have this trade agreement. We are still very optimistic that GSP+ will continue but if it is lost, investment to this sector will be questioned," JAAF Chairman A. Sukumaran said."

Major sectors of Sri Lanka's export economy such as apparel, fish, rubber and ceramics are directly benefiting from the EU's GSP+ trade concessions.

Commenting on the risk of losing GSP+, Ambassador of Sri Lanka to the European Union Grace Asirwatham recently said that exports to the region were in an unfavourable position and warned that Sri Lanka would not only lose its GSP+ facility, but also the market, as a result of their non-compliance of international conventions.

He added that their role as trade unions is to ensure the job security of workers and to work together to improve their living standards.

Sri Lanka first gained access to the GSP+ concessions in 2005.

The GSP+ concessions were suspended in February 2010 due to non-implementation by the Mahinda Rajapaksa administration of the International Convention for the Protection of Human and Labor Rights, the Environment and Good Governance was reinstated in May 2017. As promised by the Good Governance Government, 27 international conventions on human rights were ratified with the belief that Sri Lanka will go on to implement these. 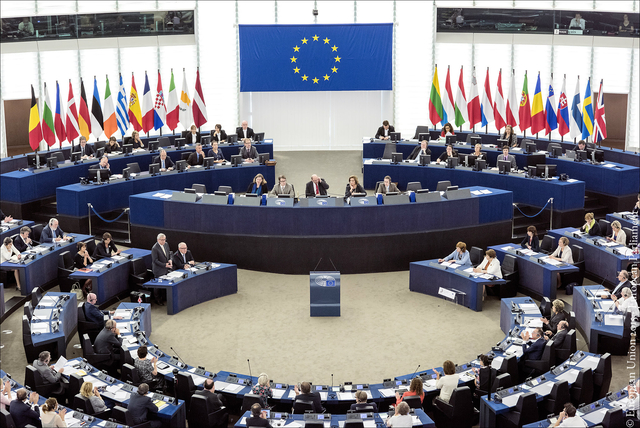 A resolution passed by the European Parliament in Brussels, Belgium last June focused on the use of the Prevention of Terrorism Act to repress minorities in Sri Lanka.

If it is proved that Sri Lanka has not fulfilled its agreed human rights obligations, there is a risk that the existing GSP + concession or the concession granted under the preferential tax regime will be suspended.

The European Union (EU) will review Sri Lanka's human rights record in November this year, when the GSP + concession will be reconsidered.