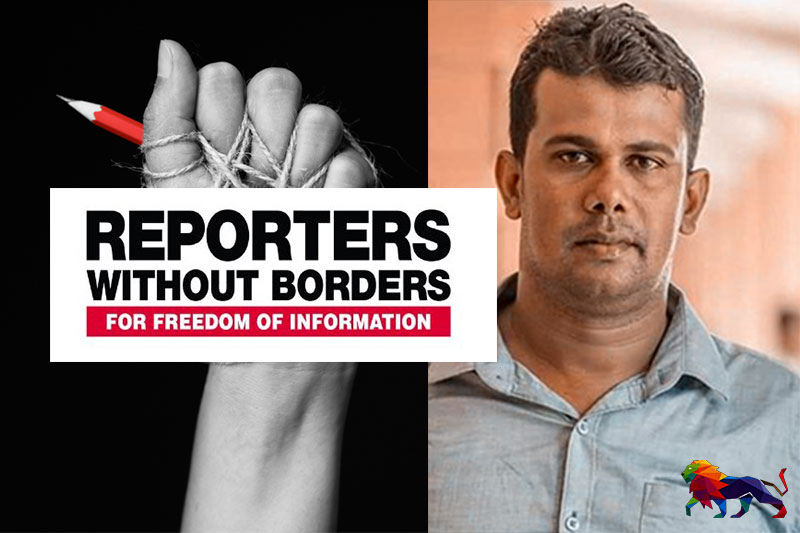 A Tamil Journalist in detention for nearly fifty days should be released immediately, Reporters without Borders (RSF) has demanded.
In a statement released on Wednesday (13), the Head of the Asia-Pacific desk at RSF, Daniel Bastard said the arrest and continuing detention of Murgupillai Kokulathasan on a Kafkaesque terrorism charge “clearly constitutes a press freedom violation”.

Kokulathasan was arrested under the Prevention of Terrorism Act for allegedly posting photos of the Liberation Tigers of Tamil Eelam (LTTE) on Facebook, but it is claimed that all he did was posting a note about the events commemorating those killed during the civil war.

“We urge the attorney general of Sri Lanka, to order his immediate and unconditional release. The security forces must stop harassing all journalists who refer to the Tamil issue, whether directly or indirectly.” the statement from RSF says.

Earlier, Journalists for Democracy in Sri Lanka (JDS) had tweeted highlighting his plight. 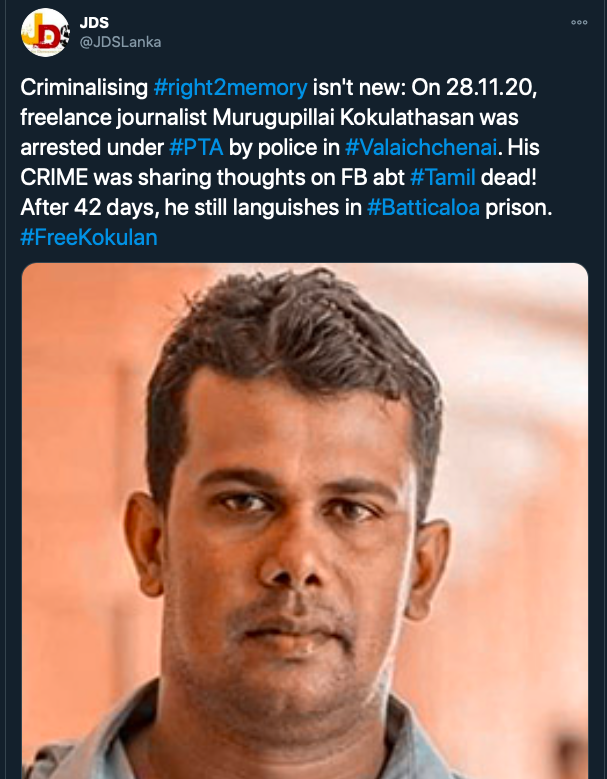 According to RSF he was arrested in the utmost secrecy in Batticaloa on 28th November last year, a day after the ‘Maaverar Naal’ observed traditionally on 27 November by the Tamils to remember their kith and kin who died during the war.

A year ago, seven local journalists faced death threats on the alleged grounds that they had “received money from Tamil Tigers abroad”.

The leaflets circulated in Batticaloa at that time had the photos of the seven journalists clearly marked with their heads circled. The local police refused to register their complaint or give them protection.