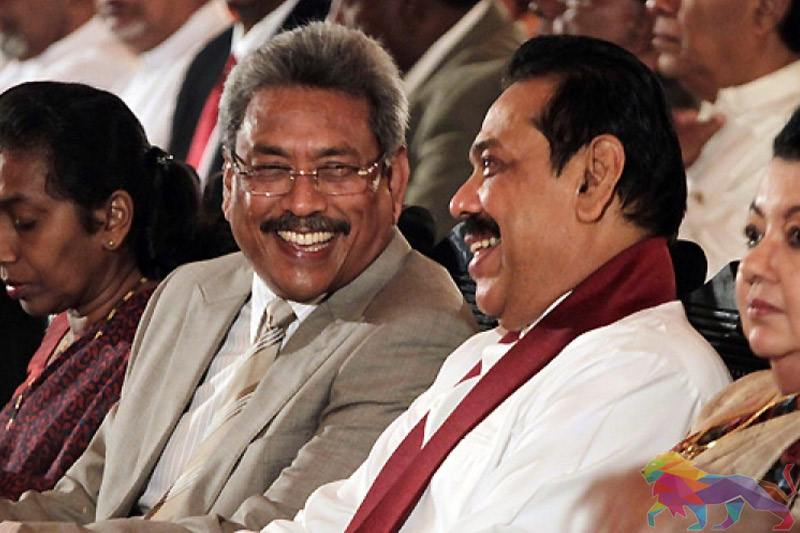 Sri Lanka is again at the crossroads with presidential elections due before December 9, 2019.

The political drive since the newly formed Rajapaksa-led Sri Lanka Podujana Peramuna (SLPP), which swept the local government polls in February 2018, has culminated in Gotabaya Rajapaksa, the former Defence Secretary and younger brother of the former President, Mahinda Rajapaksa, being named presidential candidate.

The Rajapaksa regime, which decimated the Liberation Tigers of Tamil Eelam and consolidated considerable power around a family until it was dislodged in January 2015, may now be on the verge of recapturing state power and drastically changing the political landscape for the next decade, if not longer. Even as the United National Party (UNP) in power is dillydallying on its presidential candidate, the SLPP is moving fast in an electoral game that the Rajapaksas have proven to be masters at.

The rise of Gotabaya Rajapaksa, after what seemed like decisive regime change in January 2015, is in good measure due to the failures of the current Wickremesinghe-Sirisena government. Neither did the new government hammer through the allegations of corruption and rights abuse levelled against the Rajapaksa regime nor did it provide a meaningful programme to address economic woes. Rather, infighting and self-serving manoeuvres within the government have brought its stated plans, from economic reforms to a constitutional political settlement to a standstill.

Despite the many political and economic failures of the current government, the significant shift over the last five years has been the opening of democratic space. The climate of fear and continuing militarisation were to a great degree reversed. In the war-torn regions, where there was fear to even speak in private during the post-war years under Rajapaksa rule, people now take to the streets demanding the release of military-held lands, answers on those who have disappeared in the war and relief for the rural indebted. Throughout the country, with the fear of abductions gone and repression decreasing, dissent and the culture of protests have returned along with greater freedom for the media.

This democratic space is greatly at risk with a Gotabaya Rajapaksa presidency. Sri Lanka has gone through bouts of authoritarian rule and gruelling periods of state repression particularly during the Janatha Vimukthi Peramuna insurgencies in the south and the escalation of the civil war. However, while the current conjuncture may not witness similar mass violence unleashed by the state and armed movements, it is loaded with the dangers of a deeper political shift.

During its decade-long-tenure, the Rajapaksa regime used state power to consolidate its oligarchic ambitions. The significant difference in its current avatar is the mobilisation of considerable popular support and the consolidation of its nationalist base while in the opposition. During its previous stint, it actively politicised the military and bureaucracy and ensnared sections of the business classes. Over the last two years, however, the calls for a return of the Rajapaksa regime are emanating from sections of retired military officers, the business lobby and the bureaucracy. A craftily built Sinhala Buddhist nationalist base, by mobilisations against Muslims who are construed as the new enemy, binds this constituency. Such a social base combined with state power can drastically change the character of state and society.

The failed 52-day political coup in October 2018, which was engineered by President Maithripala Sirisena to install Mahinda Rajapaksa as Prime Minister, illustrated a capacity to rapidly politicise state institutions. It is due to the independence of the judiciary and the military that their short stint in power was not prolonged. Nevertheless, the political coup exposed their desperate hunger for power and the support that was readily available for them within the bureaucracy.

A Rajapaksa victory in the presidential elections will create the momentum for a major victory in the parliamentary elections. A repeat of events following the elections in 2010 just after the end of the civil war, with drastic changes in Parliament and constitutional amendments leading to the further consolidation of state power under a Rajapaksa oligarchy, may reverse curtailment of the executive presidency that came with the 19th Amendment of 2015. The Rajapaksa administration of the past has time and again manoeuvred the legislature and the judiciary, as with its record of swiftly buying over parliamentarians or sacking a Chief Justice with ease, when the judiciary resisted its influence. The main challenge for the Rajapaksas is going to be the handling of the broader citizenry that in recent years has internalised democratic freedoms after three decades of war and the authoritarian post-war years. With the repressive mechanisms of the state disrupted, if not dismantled after regime change and the difficulty in justifying militarisation in non-war times, their project of authoritarian consolidation is bound to face resistance. Consequently, they may resort to amassing tremendous power and smashing any resistance to their political and development agenda, leading to more severe measures than the past.

The economic programme and priorities of another Rajapaksa government are likely to be the urban-centred neoliberal policies that they themselves initiated, which the current government wanted to accelerate but failed to do without mustering the political will. Indeed, Gotabaya Rajapaksa, as Defence Secretary after the war, brought the Urban Development Authority under the Defence Ministry as he mobilised considerable investment in urban real estate, coupled with brutal slum demolitions and evictions for the “beautification” of Colombo. The Rajapaksa governments, from their first term in 2005 to the second term in 2010, shifted emphasis from the rural to the urban. And this time around, with the strong backing of the urban professional and business lobby, Gotabaya Rajapaksa will be looking for results, possibly crushing any obstacle in the path of his development drive.

Ideologically, while an Islamophobic discourse began to take hold in Sri Lanka some two decades ago with the U.S.-led “global war on terror”, it was after the end of the civil war in Sri Lanka that the Rajapaksa regime, and Gotabaya Rajapaksa in particular, began supporting reactionary forces such as the Bodu Bala Sena. During the latter years of the Rajapaksa regime, proto-fascist goon squads carried out pogroms against Muslims. With the continued ideological growth of Islamophobia, anti-Muslim attacks have continued with impunity even after regime change. This chauvinist nationalist segment is further emboldened after the Easter Sunday attacks, in April.

For a country with a comprador elite on all sides, sovereignty will be peddled to the masses as the ultimate national treasure and combined with an expansive security complex. However, economic concerns could force a new Rajapaksa regime to succumb to the market and cut deals with external powers. In the past, they were the first to sell sovereign bonds in the international markets. And with time, they will align with one or the other great power depending on the fear of the stick they wield and the carrots they offer.

With the current conjuncture of geopolitical instability and the emergence of authoritarian regimes around the world, the conditions seem worryingly conducive for a Gotabaya Rajapaksa regime. The convergence of retired military actors, an extractive business lobby, a nationalist bureaucracy and an organised chauvinistic base, when combined with state power, spell danger not just of authoritarian nationalism but a fascist takeover of the state. It is a democracy that is at risk, and ironically, it is elections that might pave the route to shutting down that democratic space. The return of the Rajapaksa oligarchy can be stopped by only a united stand of the fractured democratic forces.