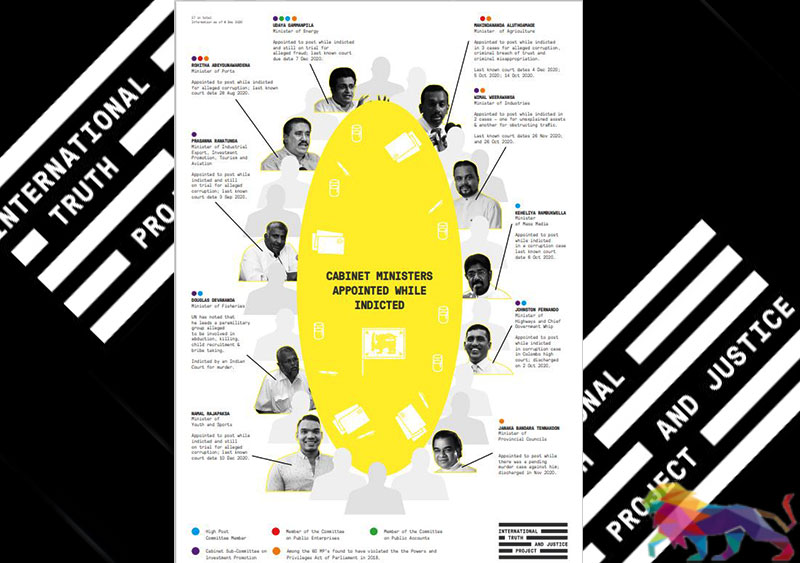 An international human rights group has warned that a third of Sri Lanka's cabinet ministers could be a barrier to attracting investments to the island nation.
"A third of Sri Lankan cabinet ministers were appointed to office this year while they stood accused of corruption or murder. In some cases the indictments are still pending," the International Project for Truth and Justice (ITJP) said.

The report by the ITPJ was released yesterday (09), marking the International Anti-Corruption Day, noting that ministries were allocated to persons despite allegations of corruption, fraud or murder against them.

"Respect for the rule of law means that if an officer is charged with a crime, he or she must clear his or her name before being appointed to the highest office in the state," the ITJP's Executive Director, Yasmin Sooka said.
“Some of the ten officials allege they were politically victimised by the previous regime – that is not the point. Everyone is equal before the law – overriding  the judicial system and  the  institutions  that support accountability will have disastrous consequences for the institutions that protect citizens’ rights, not to mention investor confidence,” she added.
The ITPJ's latest statement on the Sri Lankan government comes just a day after the 2000-page report by the Presidential Commission of Inquiry appointed to probe incidents of Political Victimisation was handed over to President Gotabaya Rajapaksa on Tuesday (08). 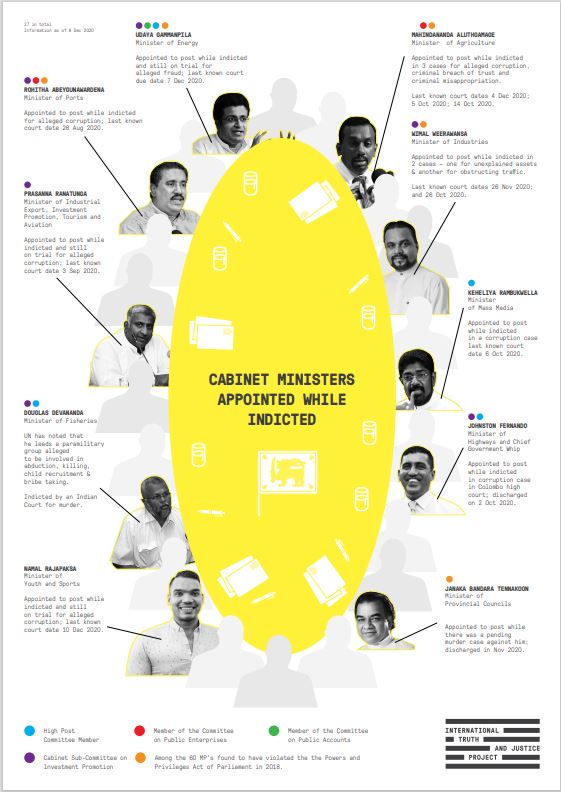 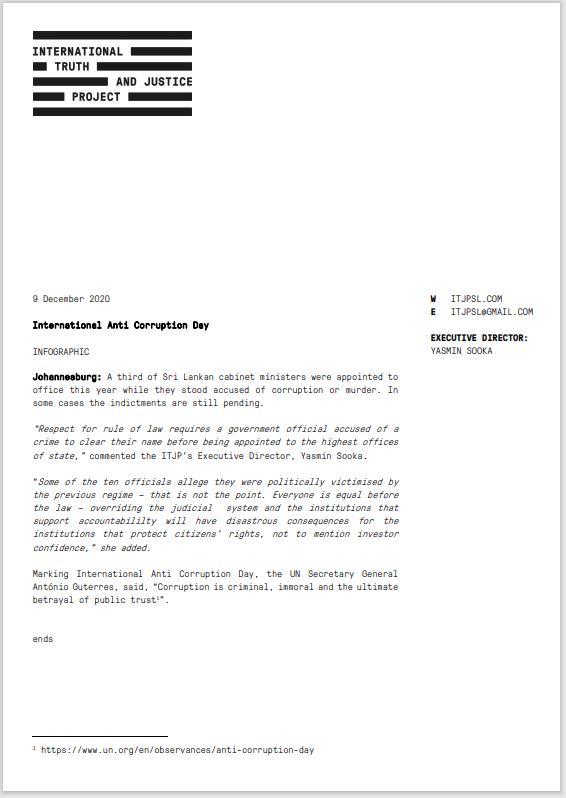 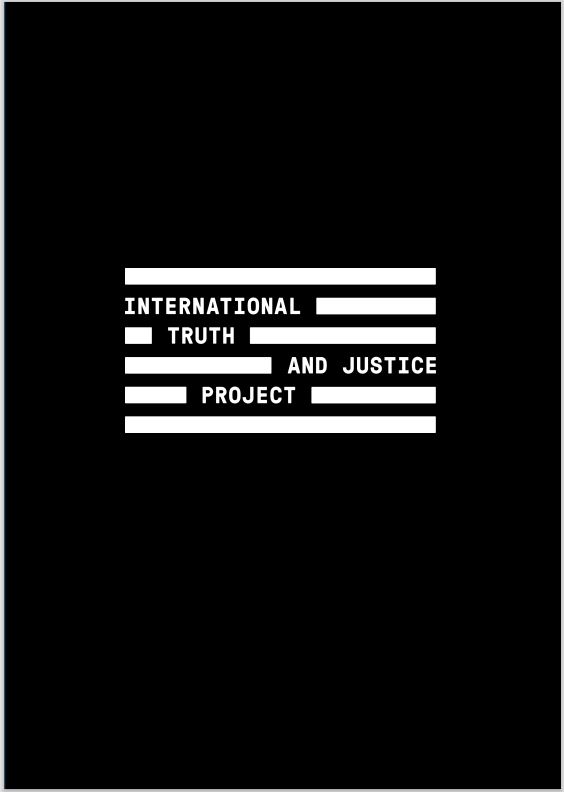