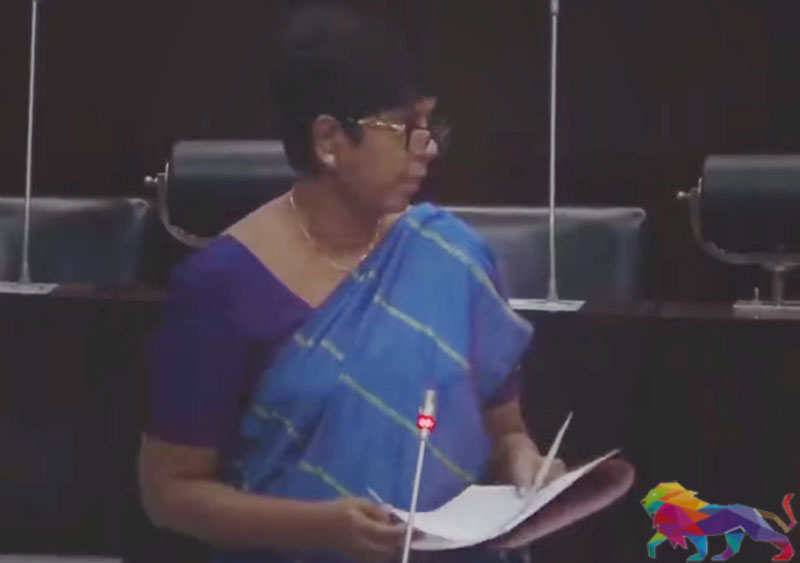 The current wave of COVID-19 can be traced to interactions between Brandix employees and employees of the Seeduwa Ramada Hotel, where a group of Ukrainian airline staff
was quarantined, the State Minister for Primary Health Care, Epidemics and Covid Disease Control Dr. Sudarshani Fernandopulle said.

“Brandix employees had got infected through a Ukrainian national. It has also been found that some workers at the hotel in which the Ukrainian stayed at, had also got infected with COVID 19," the State Minister revealed in parliament on Monday (07) responding to a question raised by NPP MP Anura Kumara Dissanayake.
Speaking further, she said that it is very likely that the virus had reached Minuwagoda through certain interactions between the employees of the Seeduwa Hotel and the employees of the Brandix factory.

She stated that according to the research carried out by the University of Sri Jayewardenepura, they had confirmed the strain that was seen in Sri Lanka was similar to the one that is currently spreading in Europe.
Commenting on the matter, Minister of Public Security Rear Admiral (Retd) Sarath Weerasekera noted that more than 300 Sri Lankans employed in Visakhapatnam, India had been brought to Sri Lanka by Brandix on three occasions and only ten of them had contracted COVID-19. He reiterated that none of those ten persons who had contracted the virus were allowed to work at any factories again.

Accordingly, both Fernadopulle and Weeresekara emphasised that the current wave of COVID-19 in Sri Lanka originated not from India but from Ukraine and that it was through close interactions between the employees of the Seeduwa Ramada Hotel and the employees of the Brandix factory in Minuwangoda,