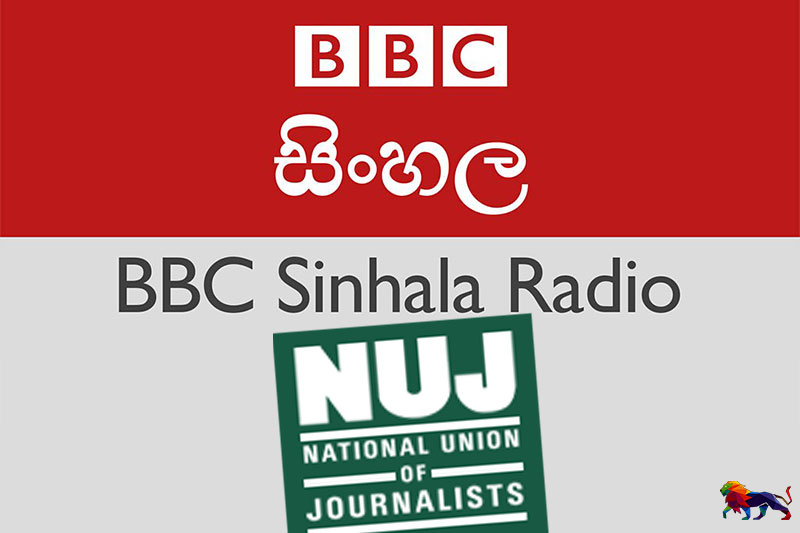 The BBC World Service has announced the BBC Sinhala radio service will close this Monday on 30 November. The service has 833,000 listeners each week, representing
around 7 per cent of the total Sinhala-speaking population of Sri Lanka.

The National Union of Journalists (NUJ) in the UK is urging the BBC to urgently press pause on this plan and reconsider the closure, especially given the large audience and the current clampdown on media freedoms and human rights in the country.

In September 2020, the BBC said it wanted to close the radio service and expand on social media, impacting on all six jobs in London. Initially this plan was to be implemented by March 2021 but on Friday last week (20 November), the team were suddenly informed all broadcasts would now cease at the end of this month.

"This proposed closure comes at the worst time for Sri Lanka. The BBC are moving hard and fast on this proposal, to the detriment of the corporation, its journalists, and the communities they serve. It also undermines the standing of the BBC World Service and suggests a worrying lack of appreciation of the value of the service.

"BBC World Service radio remains an essential service in Sri Lanka, delivering credible local and international news to the population. The prospects of a government shutdown of websites and social media is real, and this has not been factored into the BBC's plans. NUJ members do not want to see their output restricted to fewer numbers who live in the cities and have access to the internet.

"We are calling on the BBC's senior leadership team to step in immediately, press pause and reconsider these plans. These decisions have been taken without discussions with stakeholders in the UK or Sri Lanka."

At present, the BBC Sinhala Service comprises of a radio service with regular bulletins broadcast via partner stations on the island and a digital service which delivers its journalism through various social media platforms. The social and online service is intended to continue and expand but with a current reach to 80,000 people, it is much smaller when compared to existing levels of radio listeners.

The restructuring is taking place against a backdrop of decades of arrests, harassment, and killings of journalists. The scourge of impunity for these crimes continues in Sri Lanka. There are also significant and widespread concerns about attacks on freedom of speech and a deteriorating human rights situation, Sri Lanka remains one of the UK Foreign and Commonwealth Office's 30 human rights priority countries.

The BBC claims these changes to the BBC Sinhala Service would save £180,000 but they have not produced detailed costings and the anticipated savings do not cover the additional costs of creating a new BBC team in Delhi. The claim is to bring the service closer to its audience, but the city is still 2400 kilometres from Colombo and there is no Sinhala speaking community in India. The service already has provision for a reporter based in Delhi, the BBC has struggled to recruit and retain there, and the existing post remains vacant.