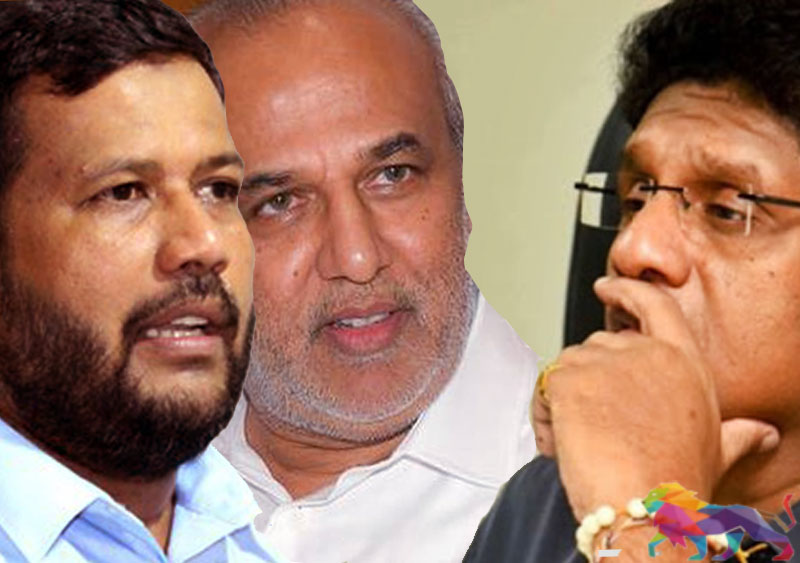 A group of young parliamentarians of the Samagi Jana Balawegaya (SJB) are working to oust the two leaders of the Muslim parties that supported the passage of the 20th
Amendment to the Constitution by a two-thirds majority in parliament yesterday (22).

Accordingly, the group is putting pressure on SJB General Secretary Ranjith Madduma Bandara and Leader Sajith Premadasa in order to remove Rauff Hakeem and Rishad Bathiudeen from the party.

Even though the government was in a precarious situation without the required number of Members needed to pass the 20th Amendment, they were able to pass the Amendment last night with the support of a group of Muslim MPs who contested the general election under the 'telephone'. SJB national list parliamentarian Diana Gamage also voted in favour of the Amendment.

"This is clearly a 'deal' with the government. The henchmen were sent to that side and only those two remained on this side. Therefore, we asked the leader of our party to expel both of them," he said.  "They should be expelled," he reiterated.
The group of SJB MPs believe that Rauff Hakeem and Rishad Bathiudeen had entered into a secret pact with Basil Rajapaksa to demolish the executive, the judiciary and the legislature, the key pillars on which the democratic system of this country is predicated upon and called it a betrayal of the rights of the citizens of this country.
MPs who voted in favour of the 20A
Eight Samagi Jana Balawegaya (SJB) MPs voted in favour of the 20th Amendment to the Constitution.
1. Diana Gamage MP (SJB)
2. Nazeer Ahamed MP (SLMC)
3. A.A.S.M Raheem MP (Muslim National Alliance)
4. Faizal Cassim MP (SLMC)
5. H.M.M. Harees MP (SLMC)
6. M.S. Thowfeek MP (SLMC)
7. Arvind Kumar MP (SJB)
8. Ishak Rahuman MP (SJB)