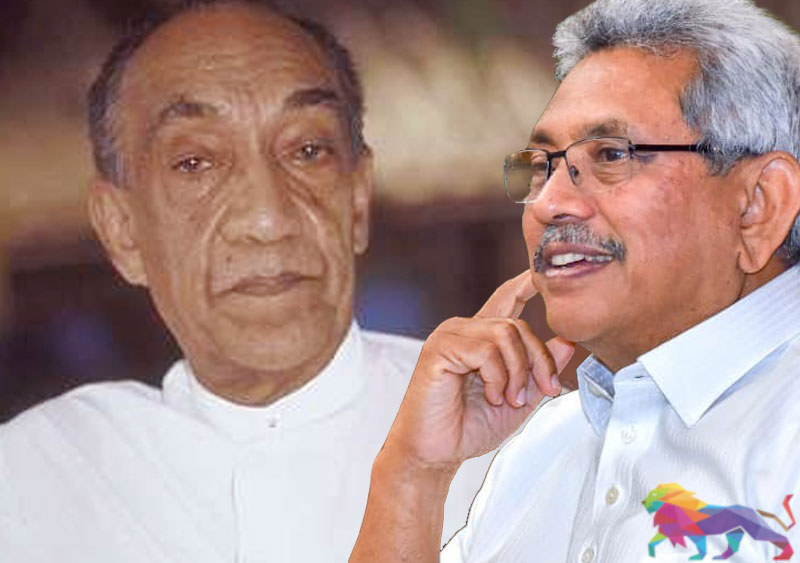 • Appointment of Members to CC’s come s under the President
• Appointment of officials to high posts is also under the purview of the President.
•    IGP's appointment will be made by the President
•    President can hold any number of ministries.
•    Any number of ministers could be appointed to the Cabinet
•    Executive powers reduced by 19A back with 20A
•    Only term limit of five years and two-term limit for President will remain
•    CC to be replaced with Parliamentary Council with diminished powers
•    Restrictions imposed on the number of cabinet, junior ministers removed
•    Dual citizens can sit in parliament
•    Procurement, Audit commissions will be abolished, 7 others commissions will remain
•    President will have powers to appoint members, make other crucial appointments

With the mandate of 6.9 million voters and following the 20th Amendment to the Constitution, Gotabaya Rajapaksa (GR) became SriLanka’s first standalone Executive President not dependent on the Legislature today.

He has surpassed the presidential powers wielded by J.R. Jayawardena who came to power in 1977 with 5/6 majority and acted in concurrent with the cabinet of Ministers and Parliament.

The intention of JR was to maintain an executive presidency not dependent on the parliament, but he ruled the country making maximum use of the cabinet and parliament and protected the parliamentary system without trying to govern under his order.

In a twitter message, former finance minister Mangala Samaraweera noted that "JR's all powerful executive Presidency, bitterly opposed by Mahinda Rajapkasa in 1978 is to be reintroduced in 2020 with all its unsavoury elements by GR as the 20th Amendment with NM's economic policy for added flavour."

As Samaraweera points out, the 20th Amendment will restore all executive powers of the president which were diluted by the 19th Amendment to the Constitution.

It will be replacing the Constitutional Council with a weakened Parliamentary Council (PC), allowing dual citizens to sit in Parliament, and lifting restrictions on the number of cabinet and junior ministers.

The president’s powers to dissolve parliament after one year of its election, which was increased to four and half years under the 19th Amendment (19A), will be restored.

Appointment of members to the Elections Commission, the Human Rights Commission, and five others will be made by the Executive President in accordance with the 20th  Amendment.

The introduction of urgent bills to Parliament within 24 hours to three days after a Supreme Court ruling which was scraped by the 19th Amendment will also be reintroduced.

All these powers were enjoyed by the Executive under the original provision of the 1978 Constitution, and were removed by the 19th Amendment in a bid to reduce the powers of the president and extend more powers to parliament.

Under 20A, the 14-day period between a Bill being published in the Gazette and being tabled in Parliament will be reduced to seven days.

However, there was no room for civil society members in the Parliamentary Council.

The Audit Service Commission and the National Procurement Commission will also be abolished.

The chairmen and members of the seven commissions will be appointed by the President. In making such appointments, the President shall seek the observations of the Parliamentary Council.

The other appointments the President can make are to the post of Chief Justice and the Judges of the Supreme Court, the President and Judges of the Court of Appeal, Members of the Judicial Service Commission other than the chairman, the Attorney-General, the Auditor General, the Parliamentary Commissioner for Administration (Ombudsman), and the Secretary-General of Parliament.

Under 19A, the president did not have the power to make such appointments unless they were approved by the Constitutional Council upon a recommendation made to the Council by the President.

Under 19A, a citizen of Sri Lanka who is also a citizen of any other country (dual citizen) was disqualified for election as a Member of Parliament. This was introduced under 19A, and will be removed by 20A.

The age at which a person is qualified to be elected to the office of president, which was 30 years in the 1978 Constitution, was increased to 35 under 19A. It will be back to 30 years under 20A.

The provisions introduced by 19A, which made it mandatory for the president to seek the advice of the prime minister for appointing ministers and junior ministers, as well as their removal, will also be done away with.

Under 19A, the Chief Justice and the two most senior Judges of the Supreme Court were appointed to the Judicial Service Commission (JSC) by the president, subject to the approval of the Constitutional Council.

Under 20A, the JSC will consist of the Chief Justice and two other Judges of the Supreme Court appointed by the President.