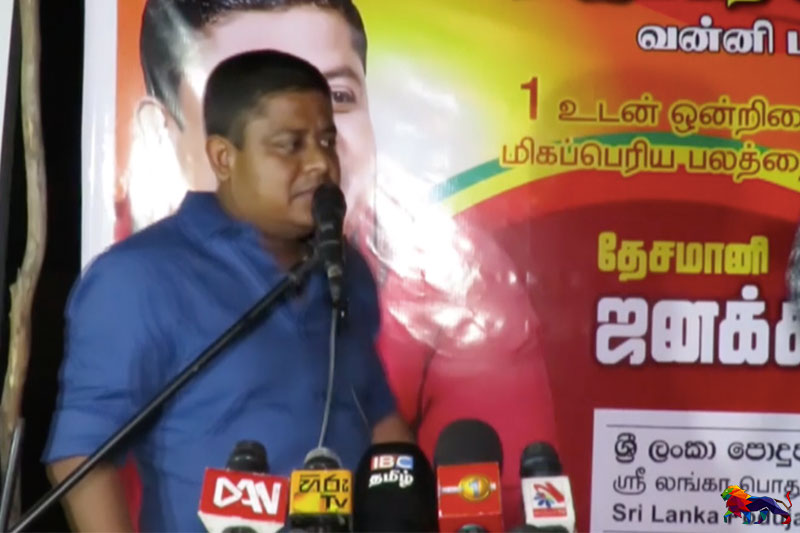 A candidate from the party led by Sri Lanka President Gotabaya Rajapaksa has been promoting anti Muslim hatred amidst Tamils.
The Sri Lanka Podujana Peramuna (SLPP) candidate contesting in the Vanni electoral district has claimed that the Tamil majority in the area is suffering because "Muslim leaders are ruling Vanni."

“70% of the Vanni population is Tamil. The remaining 30% are Sinhalese and Muslim. I regard Tamils as the dominant nationality. But a Muslim leader had been ruling Vanni for many years. The reason for the suffering of the Tamil and Sinhala people is the rule of Muslim leaders over Vanni,” said SLPP candidate Janaka Nandakumara speaking to a group of Tamil voters in Mullaitivu.

At the meeting held in Mamoolai on 7 June, Nandakumara who used to be a secretary to the president’s sibling Basil Rajapaksa when Mahinda Rajapaksa was in office, accused Muslim leaders of discriminating against Tamils.

He further intensified his hate speech by alleging that “Muslims who used to be cobblers and corner shop venders have become state employees today.”

Janaka Nandakumara claimed he was appointed as a candidate to the majority Tamil region by the PM candidate Mahinda Rajapaksa and his brother Basil.