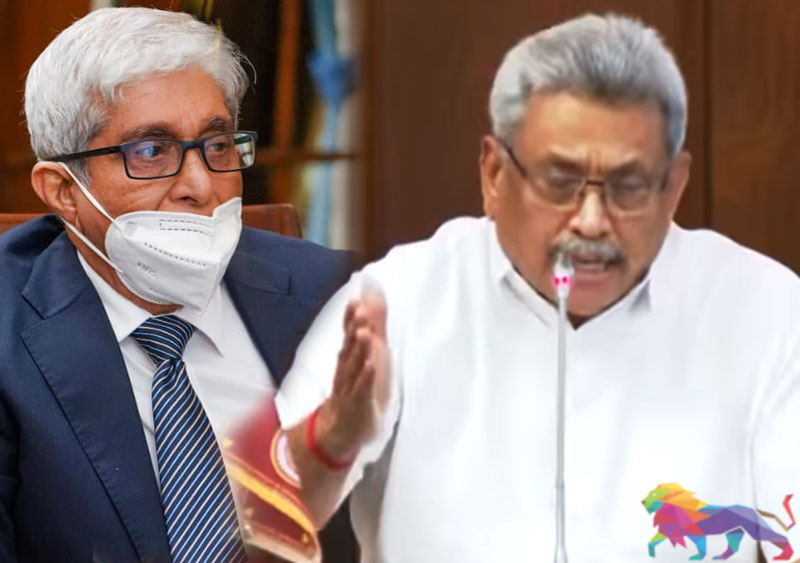 President Gotabaya Rajapaksa lambasted the senior officials of Sri Lanka's Central Bank and asserted that they cannot let the health crisis develop into an economic crisis.
In a meeting with CBSL officials last evening, president Rajapaksa said that many tools have been introduced by the Central Banks in countries around the world but Sri Lanka has not received such a positive response from its central bank yet.

"The Central Bank and the Treasury are entrusted with the responsibility of formulating right monetary and fiscal policies that are instrumental in economic revival. Many tools have been introduced by the Central Banks in the countries around the world. We have not received such a positive response from our Central Bank. Let me know the measures that need to be taken to confront the crisis without delay," President Rajapaksa said.

Not a single proposal!

"The Central Bank of ours has not put forward a single proposal to rebuild the economy,” a visibly angered president observed adding that “the government will have to take the blame for the economic slowdown due to this serious negligence of duty on the part of the Central Bank.”

Rajapaksa noted that the Federal Reserve in the US has formulated a USD 600 billion programme and that the Central Banks in Australia and Japan too have joined. Similarly, Central Banks in small neighbouring countries of ours have commenced planned programmes.

"Look at this headline. The AFED (Arab Forum for Environment and Development) commits to use a full range of tools to help the economy through unprecedented time. What is the tool we have used? We have used nothing. Our Central Bank has not done anything towards this. Monetary and Fiscal Policy has been formulated by the Central Bank. That should be done in accordance with the economic policy of the President of the country," president Rajapaksa said.

Meanwhile, former minister of finance Mangala Samaraweera said that the real cause for the current economic crisis has to do with economic mismanagement over the past seven months and not due to Covid-19 or the Central Bank's actions.

Samaraweera in a twitter message yesterday pointed out that the economic crisis is the result of the lack of fiscal discipline, economic mismanagement and unplanned tax cuts that were implemented in December 2019.