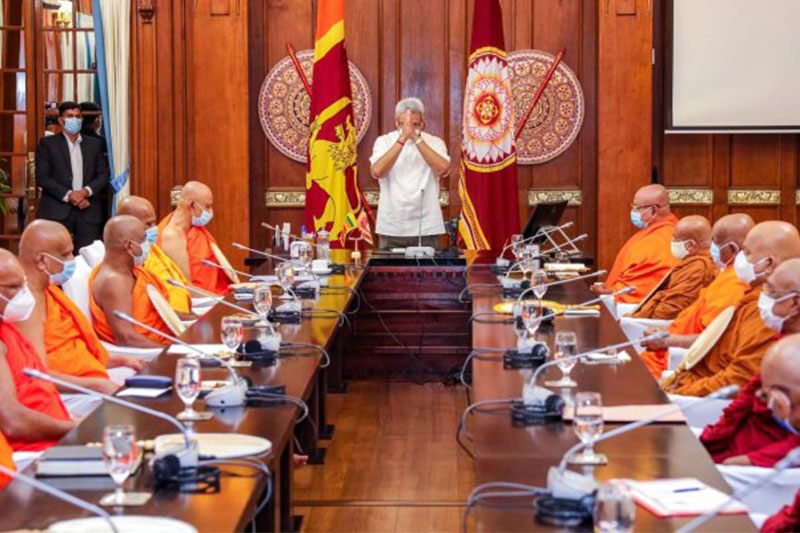 Activists in Sri Lanka have raised questions about the newly appointed Presidential Task forces "with broad, ambiguous mandates, bypassing existing channels."
Several task forces were appointed by President Gotabaya Rajapaksa citing powers vested in him by Article 33 of the Constitution.

All government institutions have been directed to follow the orders of the all-powerful task forces appointed with serving and retired military personnel who report directly to the president.

Fifty-nine individuals and sixteen organisations have expressed their grave concern regarding the establishment of a spate of Presidential Task Forces when the country was under a lock down due to the COVID-19 pandemic and citizens were unable to make inputs to express their concerns regarding their establishment.

“This further demonstrates the steady drift towards militarizing civil functions within Sri Lanka’s health and educational sectors, development, public administration and even judicial processes following the Presidential election of November 2019. This does not bode well for Sri Lanka’s long-established parliamentary democracy.”

The activists have highlighted that the Presidential Task Force for Archaeological Heritage Management in the Eastern Province led by Defence Secretary Kamal Gunaratne has ignored the country’s minorities who are a significant population in the region.

“The members of the Task Forces are drawn almost entirely from the Sinhala community. Buddhist monks make up a significant portion of the Task Force for the Eastern Province, ignoring the fact that the Province is also equally populated by Tamils and Muslims. It is likely that the interests of these communities will be neglected by the Task Forces and will reflect the majoritarianism espoused by this government,” the activists noted.

They questioned the ‘policing’ of the civil service by security service personnel in these task forces and the funding of these new bodies.

“These new Task Forces are structures that are solely accountable to the President and are staffed, not by professional civil service personnel, with the required experience, but by security personnel with no experience in civil functions. They are expected to ‘police’ the civil service and are usurping the powers and functions of the Cabinet and Ministries, which are vital in a parliamentary democracy. Rather than these Task Forces, the Sectoral Oversight Committee system in Parliament established under the 19th Amendment and populated by Members of Parliament from all political parties is a much more independent and efficient oversight mechanism that can respond to the exigencies faced by the country at this time. It is also unclear how the work of these task forces will be financed, to what extent they will duplicate functions of ministries, and the extra costs and expenditures that this will entail at a time when the need for cost cutting should be a primary concern of the government.”