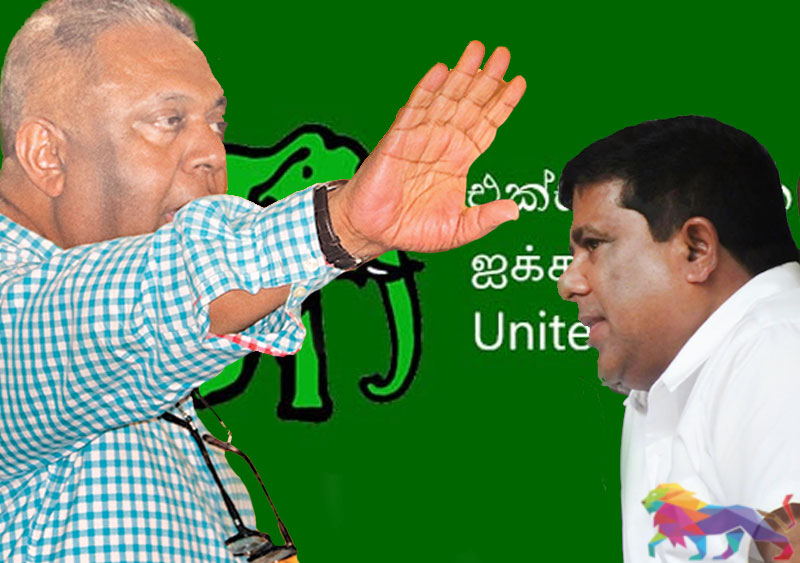 United National Party MP Mangala Samaraweera said that several members, who have received various perks and privileges from the Rajapaksa government, are conspiring with latter to split the UNP.

Samaraweera made these comments while speaking at the UNP Working Committee meeting held at the party headquarters 'Sirikotha' last night (01).

The parliamentarian observed that the formation of the new coalition was postponed due to minor issues for several months. At a time when the general election is scheduled to be announced in a few hours, the impediments to finalising the agreement have been the shameful actions of a few who are trying to divide the party and hand over an advantage to the incumbent government at their behest.

When MP Vajira Abeywardena had tried to interrupt, Mangala Samaraweera had said that "you are one of these conspirators."

Recalling the past where the SLFP had been in the opposition for 17 years from 1977 to 1994, Mangala Samaraweera had noted that the UNP would have to remain in the opposition for years if the party gets caught in such conspiracies. He had requested them to set aside other issues for the time being and focus on discussing matters related to the formation of the alliance immediately.

However, after the two sides had clashed over trivial matters, Samaraweera had walked out from the Working Committee meeting.

However, the Working Committee meeting which was held yesterday ended without reaching consensus on a symbol and both parties had decided to contest separately.

The general secretary of the 'Samagi Jana Balawegaya' (SJB) Ranjith Madduma Bandara stated that the majority of UNP MPs have decided to contest the next general election under the SJB led by Sajith Premadasa.