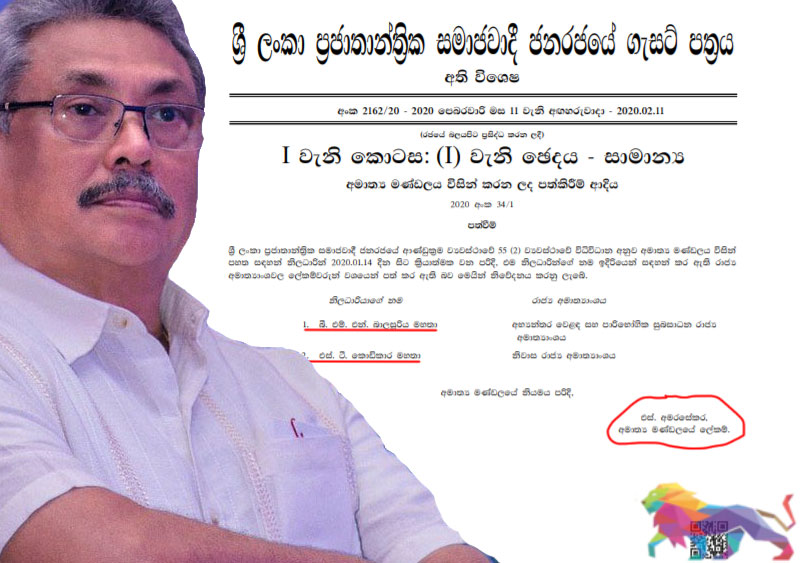 Secretaries to two State Ministries have been appointed through the Cabinet, exceeding the powers vested in the Constitution to the President to appoint Secretaries to Ministries.

Cabinet Secretary S. Amarasekera announced the appointment of the Secretaries by issuing the Extraordinary Gazette notification No. 2162/20.

The gazette notification further stated that these appointments were made in accordance with the provisions of Article 55 (2) of the Constitution.

He also said that if the Cabinet of Ministers has made such appointments, it would be illegal and exceed the powers vested on the president by the constitution.