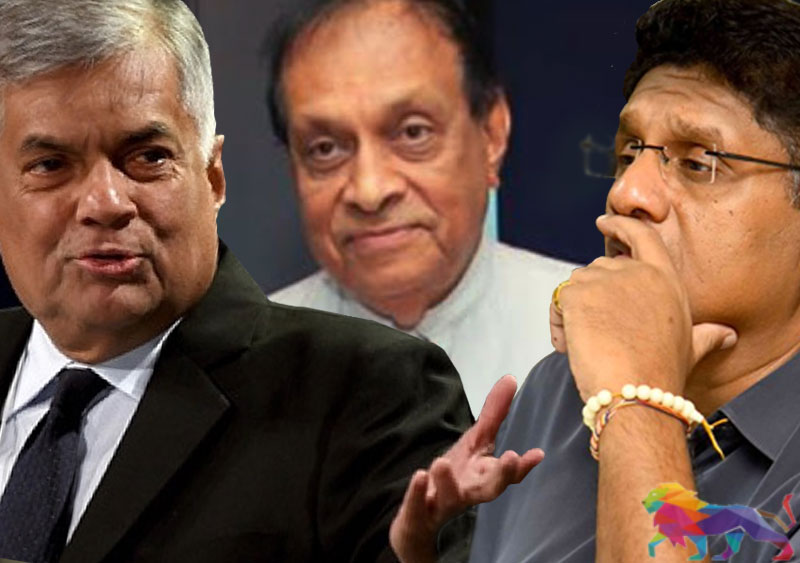 The Ranil Wickremesinghe faction has proposed to the Sajith Premadasa faction to appoint Karu Jayasuirya as the general secretary of the United National Party and for the
UNP led alliance to contest the upcoming general election under the 'Swan' symbol.

Ravi Karunanayake has also agreed to handover the 'Swan' symbol.

The meeting was held at the party headquarters Sirikotha on Wednesday (12) followed by a discussion between MP Rajitha Senaratne and Speaker Karu Jayasuriya at the Speaker's official residence.

Accordingly, a discussion will be held between Speaker Karu Jayasuriya and UNP leader Ranil Wickremesinghe regarding the proposal.

It is learnt that Rajitha Senaratne and Sajith Premadasa will also have another discussion after this meeting.

When inquired from a heavyweight representing the Sajith faction about the matter, he said that if Karu Jayasuriya is appointed as the leader, he has no objection to it. However, the formation of a leadership council and handing over the leadership of that council together with the post of general secretary could very well be a devious ploy of Ranil Wickremesinghe.
Sajith faction disagrees!

When theleader.lk inquired about these proposals, it was revealed that the Sajith faction has not agreed to any proposals even though they had received it from the Ranil faction.

“According to the unlimited powers vested in the UNP Leader through the party's constitution, he has the power to appoint a secretary as well as remove that person at any given time. As such, Karu Jayasuriya will be appointed now and soon after the election, Akila will be re-appointed, a member from the Sajith faction said.

“Mr. Ranil Wickremesinghe is trying to capitalise on Sajith's popularity to get through the election and dispose him after the election. We are not going to fall for it this time,” he added.
"Elephant is good - Swan is ok - Heart is a joke": Karu's son-in-law says
Leading MPs of the United National Party had several press conferences yesterday to express their views on the potential symbol to be used at the upcoming general election.

Speaking at a press conference held at the UNP headquarters Sirikotha yesterday, MP Naveen Dissanayake said he would only contest the general election under the 'elephant' symbol.
"The heart symbol is comical. If we don't contest under the elephant symbol, we will be unable to maintain the votes we got last time," he further said.
Meanwhile, MP Harshana Rajakaruna at a press conference held the the Opposition Leader's office in Colombo yesterday (13) said that no one is opposed to contesting under the 'elephant symbol. "The Sajith faction does not intend to sideline anyone from the party," he said adding that the party supporters are rallying behind Sajith Premadasa.