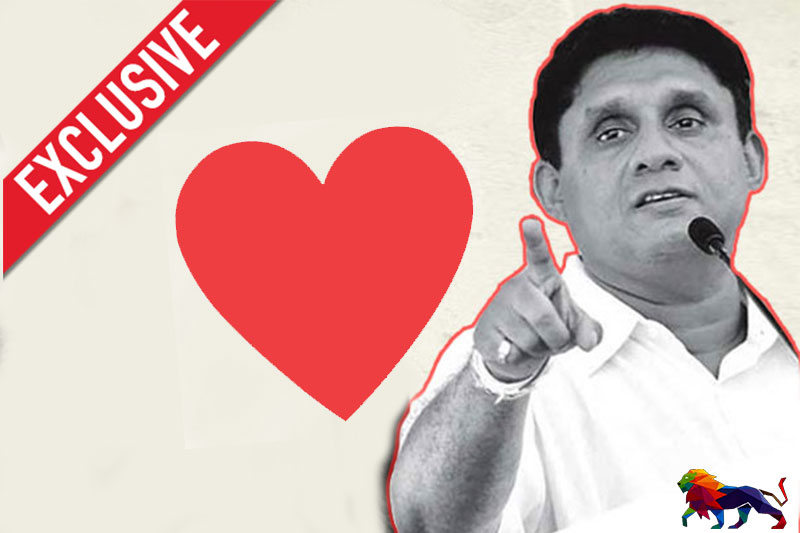 The proposed new alliance led by opposition leader Sajith Premadasa has been named as the 'Samagi Jana Balawegaya' with the 'heart' being proposed as its symbol, sources from the Election Commission said.

It is reported that the documents related to the registration of the new alliance have been handed over to the Election Commission this morning (10).

Meanwhile, a special meeting of the Working Committee of the United National Party (UNP) will be held at the party headquarters 'Sirikotha' today (10), in order to arrive at a final decision on the name and symbol of the new alliance led by the United National Front. The meeting will be chaired by party leader Ranil Wickremesinghe.

No invitation for Fonseka

The official term of the UNP Working Committee ended on 31 December 2019 and party leader Ranil Wickremesinghe did not reappoint Rosy Senanayake, Imthiaz Bakeer Marker, Ajith P. Perera and Field Marshal Sarath Fonseka, all who currently represent the Sajith faction of the UNP.
This lead to a boycott of the last Working Committee (WC) meeting by opposition leader Sajith Premadasa and 14 members of the Sajith faction as a show of protest.

Eran Wickramaratne, another MP of the Sajith faction, has stated that the four members who were reportedly sacked from the Working Committee would be attending today's meeting.

However, MP Field Marshal Sarath Fonseka said that he was not invited to the Working Committee meeting today.

Decision on the Secretary

Parliamentarian Kavinda Jayawardena has told 'Neth News' that the Working Committee will make the final decisions with regard to how the party will face the upcoming general elections.

He said that no decision has been taken regarding the General Secretary of the Alliance as yet.

The UNP, at its last Working Committee meeting, had unanimously decided to contest the upcoming general election under a new front and agreed to appoint Leader of the Opposition Sajith Premadasa as its leader.

Meanwhile, speaking at a function in Thalawathugoda yesterday evening (09), opposition leader Sajith Premadasa said that should he be vested with sweeping powers as the leader of the new alliance, there shouldn't be any restrictions placed upon him.