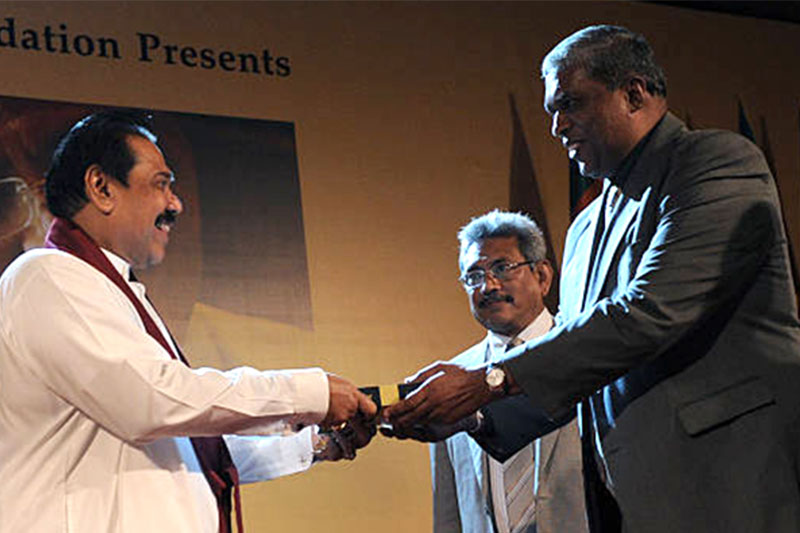 Journalists for Democracy in Sri Lanka (JDS) and the International Truth and Justice Project (ITJP) has requested Switzerland to deny accreditation to the newly appointed ambassador designate for Sri Lanka for his alleged activities in a death squad that terrorized the island nation in the late 80s.

C.A.Chandraprema, official biographer of President Gotabaya Rajapaksa has been appointed as Sri Lanka's Permanent Representative at the United Nations in Geneva. 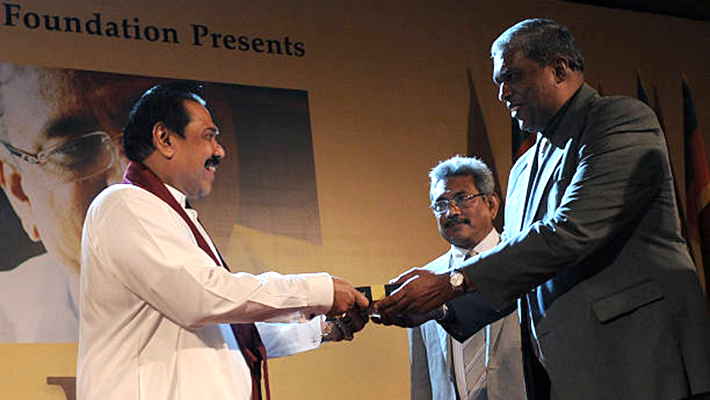 Releasing a report on Chandraprema also known as “Thadi (fat)” Priyantha, ITJP and JDS has provided details of his affiliation to the state sponsored death squad in the late 80s, People’s Revolutionary Red army (PRRA), responsible for the murders of hundreds of people, including human rights lawyers, journalists, university students and school children.

PRAA was one of many shadowy armed groups working with the military to target suspects during a Sinhala youth insurrection led by the Janatha Vimukthi Peramuna (JVP) that saw at least over 40,000 killed.

Senior journalist Dharman Wickremaratne, who was recently appointed as the editor of state owned “Silumina” newspaper by Gotabaya Rajapaksa administration, confirms in his 1st volume on the JVP uprising that many PRRA members were paid by state intelligence. According to his book first published in 2016, PRAA has killed over 1200 people.

However, Wickremaratne refrains from mentioning the widely known link between the group and C A Chandraprema, as both are known to be ardent supporters of the current administration.

“Fat Priyantha” Chandraprema, a key member of PRRA was arrested in Sri Lanka in 2000 in connection with the 1989 assassinations of two human rights lawyers - Charitha Lankapura and Kanchana Abhayapala. A senior ex policeman in custody, Douglas Peiris had named Chandraprema as the alleged assassin in an affidavit which is publicly available online. However, Chandraprema was released after the Attorney General decided there was no legal grounds to proceed. Since then he has been protected by his links to all the major political parties in Sri Lanka.

“It is the ultimate irony that a man who has never been investigated for his alleged role in the murder of brave human rights lawyers should sit in the Human Rights Council,” a body intended to protect the rights of victims and human rights activists said ITJP’s Executive Director, Yasmin Sooka. “ Sri Lanka has a past record of intimidating and threatening activists who attend the Human Rights Council – it is simply not safe to have a man like this heading a diplomatic mission in Geneva.”

The report by ITJP and JDS speaks of PRRA death threats in the 80s to not only Sri Lankans, but also to representatives of international rights bodies. It refers to an incident where an Amnesty International researcher in Colombo recalls on 4 June 1991 receiving a phone call from PRRA in which they issued a death threat.

“Unpunished state criminality is the obscene underside of Sri Lanka's celebrated democracy,” said Bashana Abeywardene, coordinator of JDS. “The truth has been buried to such an extent that a n alleged former member of a death squad can be proposed as the country's representative to the United Nations and nobody even protests.”

The dossier on Chandraprema has published photographic evidence of PRAA killings as well as a death threat issued to parliamentarian Mangala Samaraweera, who later became the foreign minister of Sri Lanka.