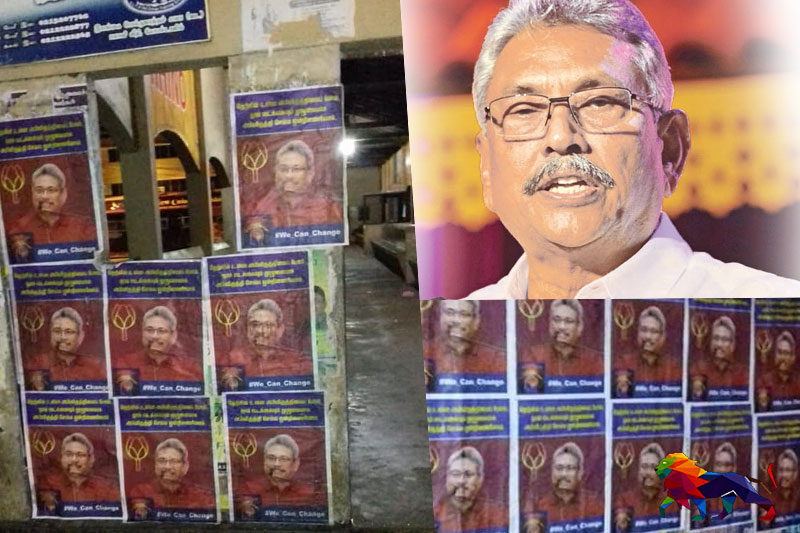 “Pohottuwa” presidential candidate, Gotabaya Rajapaksa has already discarded a pledge given by him publicly while delivering his maiden political speech on Sunday (11) at the Sri Lanka Podujana Peramuna (SLPP) convention.

Speaking at the convention, Gotabaya said that special attention would be paid during his campaign work to the protection of the environment and that the campaign would not use any form of plastic or polythene. He added that his environment friendly election campaign would be an example for other political parties as well.

“Being mindful of the environment, we should also be an example to all political parties, by completely avoiding the use of polythene and plastics in our election campaign. We should also use this opportunity to change the prevailing political culture of attacking political opponents, taking personal revenge, and misleading the public with lies,” Gotabaya said.

However, this pledge was short-lived with posters carrying Gotabaya’s mug shot being pasted all over Colombo and areas out of the city as well.

In his speech, Gotabaya also said, “I would also like to make a special request from you on this important day. What we are commencing today, is another new journey in our nation’s history. This is a dignified objective, and I believe we must conduct our election campaign in the same spirit of dignity. We must behave in the same manner we would now, as we would in governing once we are elected. As such, we must ensure that the entire election campaign will be a disciplined, law-abiding, and dignified one.”

However, a few hours after Gotabaya made this pledge, his loyalists were seen in all parts of the country pasting posters with his picture. Photographs of Gotabaya supporters engaged in pasting posters have been published in the media and social media has taken on the issue. 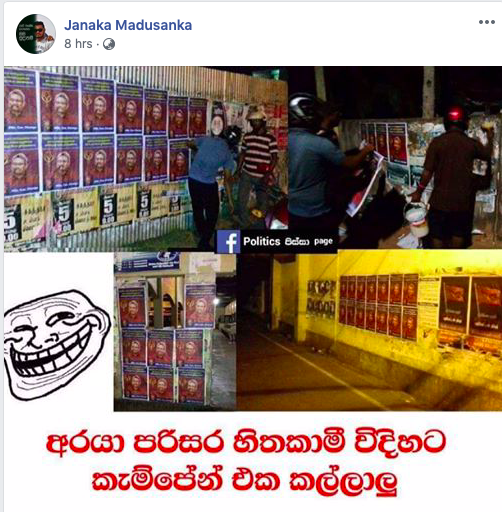 Some social media posts had commented on Gotabaya’s failure to honour the pledge made to conduct an environmentally friendly election campaign.

“Regardless of public opinion, the born traits of the Rajapaksas have surfaced as soon as the council of henchmen has given their approval. Walls, bus halts, culvert and lamp posts will have to be protected from the presidents now. Crown Prince Namal and Gota(bhaya) continuously claim the need to protect the environment. But what is witnessed within 24 hours of the statement is different,” says one social media post. 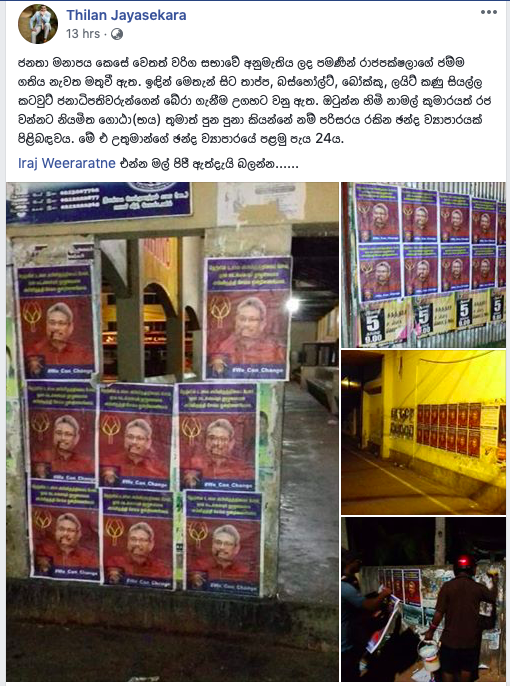 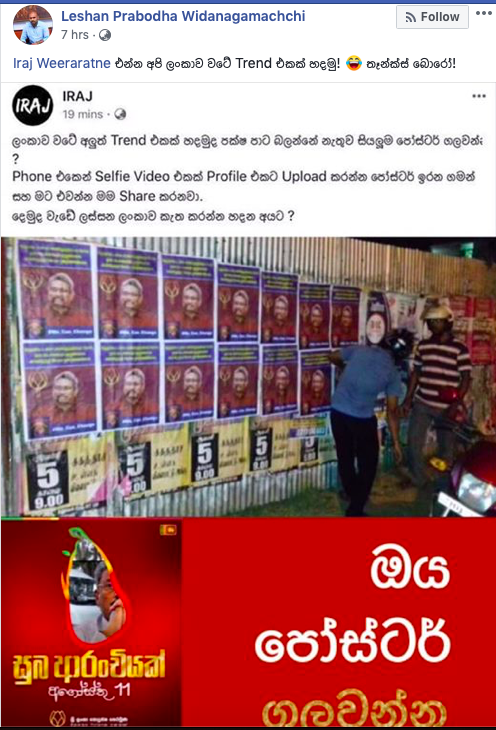