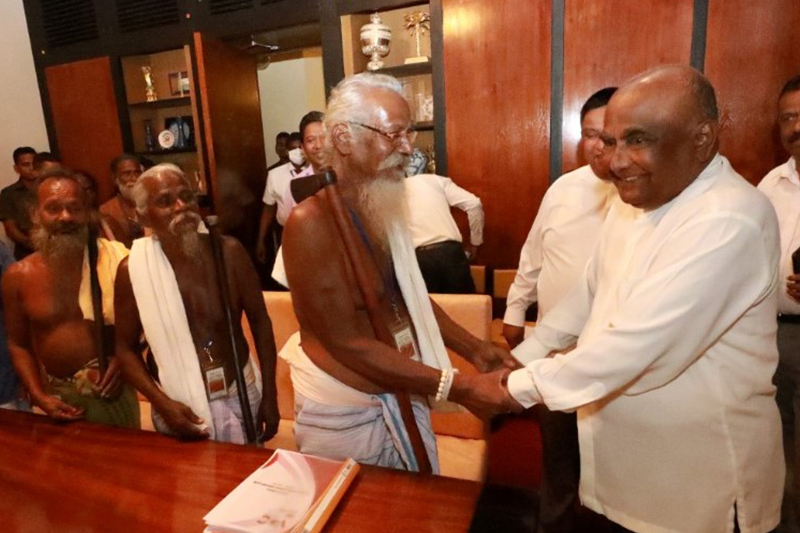 The indigenous Veddah community has stressed the need to guarantee their traditional rights by the law.

The leader of the indigenous people Uruwarige Wanniyalatho led a team that met speaker of parliament Mahinda Yapa Abeywardena, prime minister Dinesh Gunawardena and opposition leader Sajith Premadasa to call for the formulation of an act of law on their behalf.

They handed over a set of policies and requests drafted for the Veddah community by the Centre for Policy Alternatives.

Steps taken for their betterment failed to address their issues due to their being not backed by the law, Veddah leaders noted.

Furthermore, no dedicated census has taken place since 1963 on their population, and their communal categorization as ‘others’ has led to injustices.

They should be recognized and their rights guaranteed through a dedicated act as in the case of indigenous communities in other countries.

Speaker Abeywardena promised to discuss the matters with the prime minister, who extended his fullest support and instructed state minister Ashoka Priyantha to look into the measures required.

Opposition leader Premadasa too, said he fully supported the just requests of the Veddah community.

CPA’s Lionel Guruge, Lalinda Wickramaratne and Lahiru Kithalagama too, participated in the discussion. 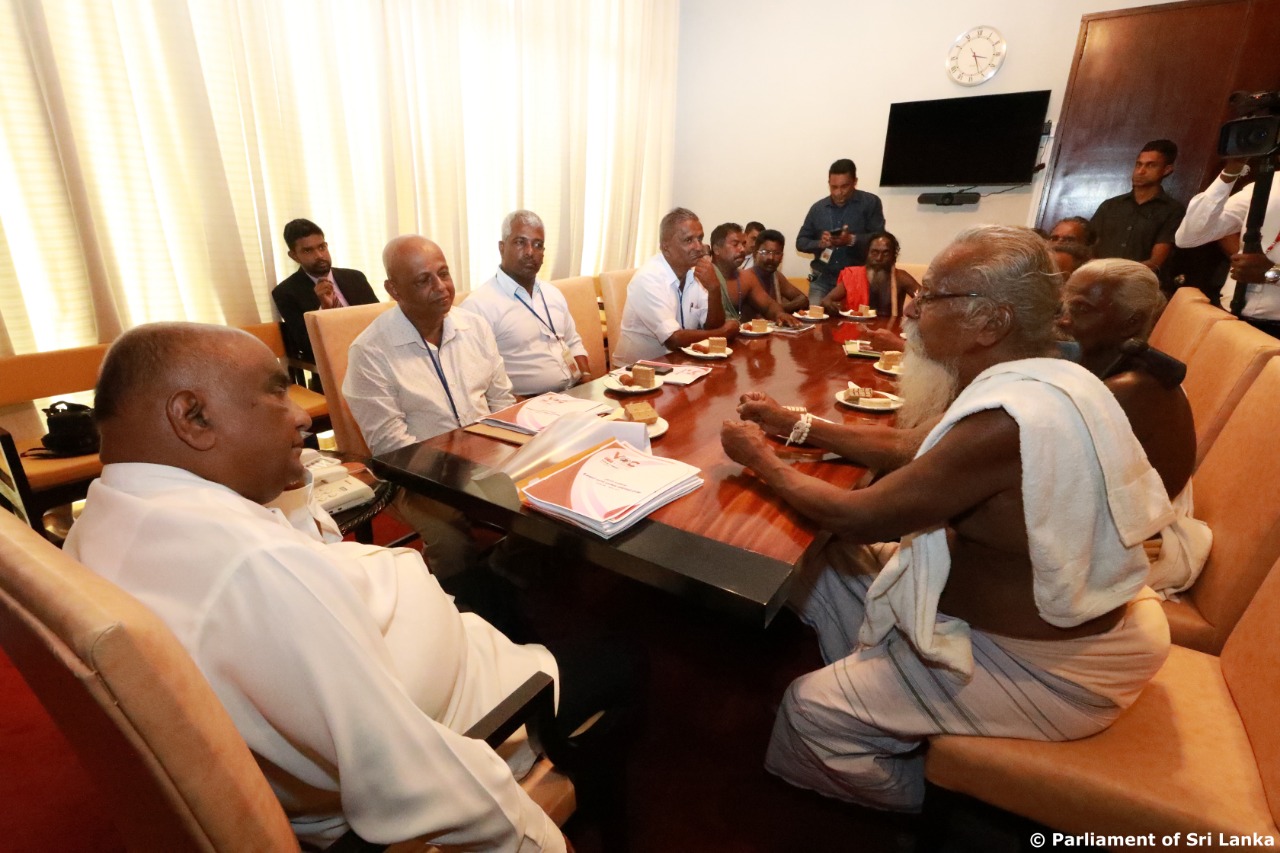 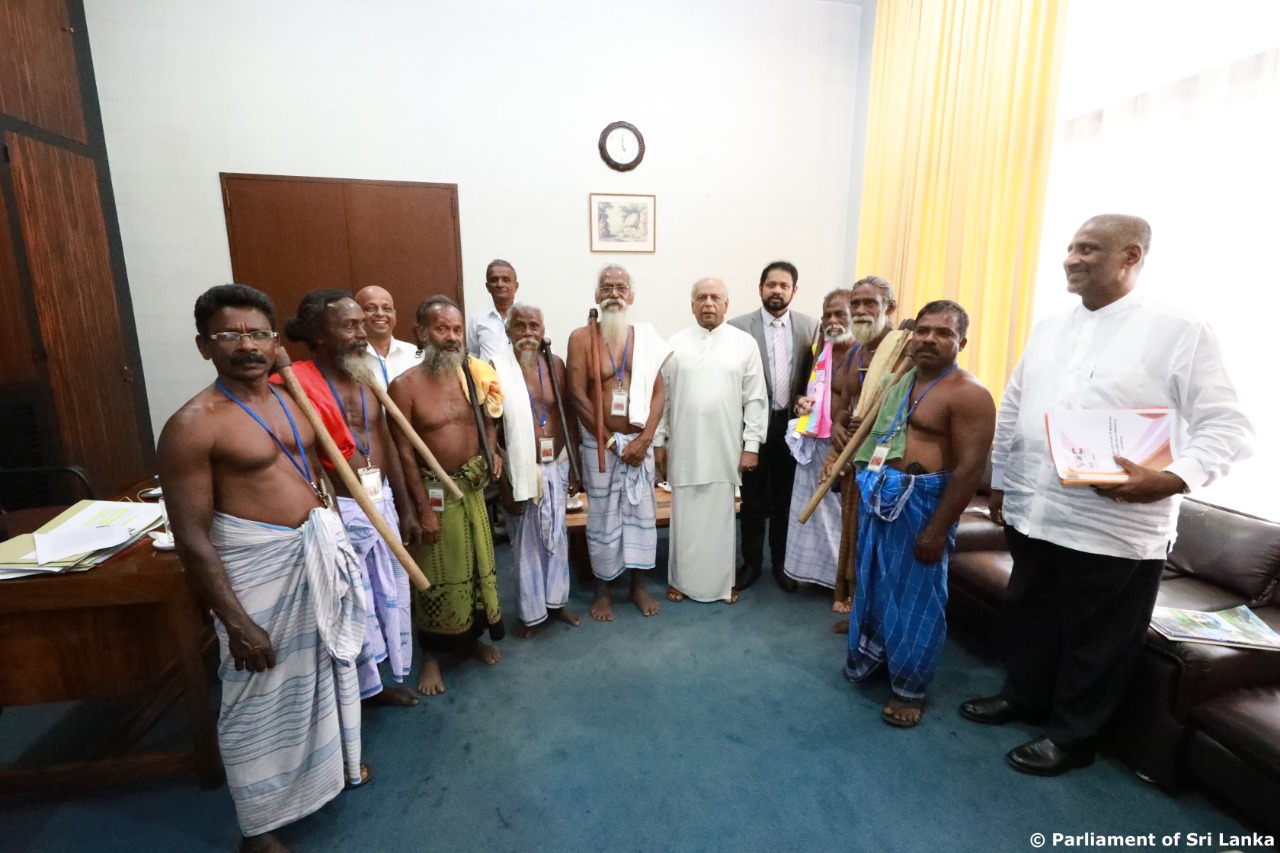 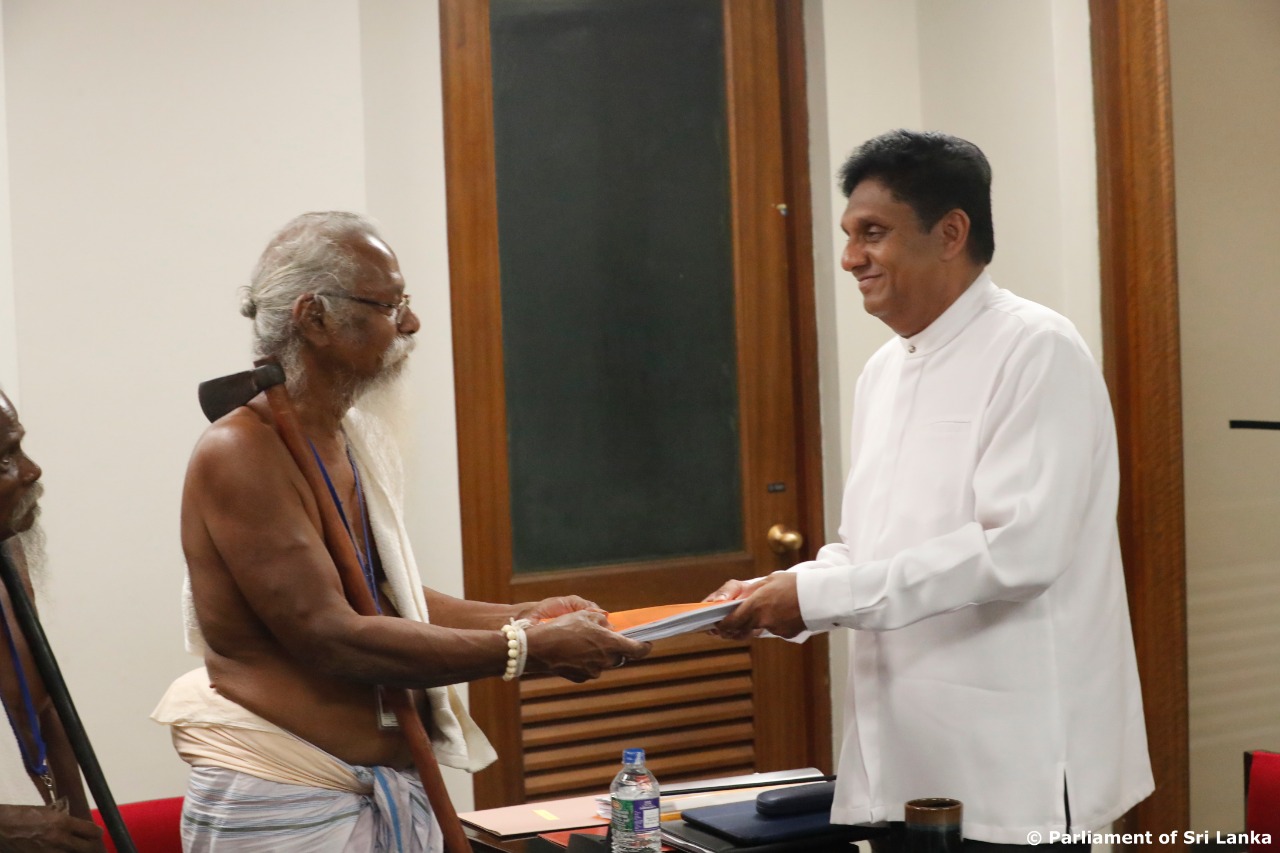