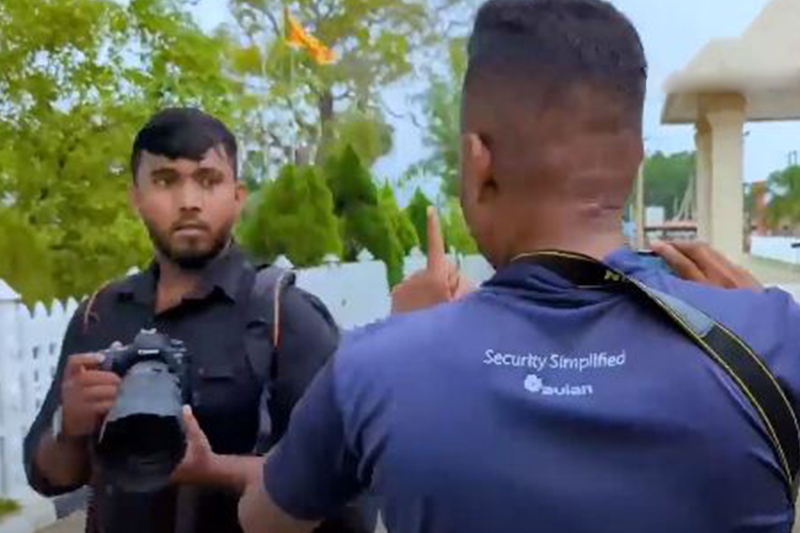 Two Tamil journalists operating in the Wanni were threatened by a plainclothes policeman as they covered a protest on December 19.

Shanmugam Thawaseelan and Kanapathipillai Kumanan were reporting on the agitation by relatives of missing persons in front of the Mullaitivu district secretariat when it happened.

Thawaseelan captured it in video when his colleague inquired from the policeman believed to be an intelligence operative as to why he was taking their pictures.

Another policeman on duty advised him not to create trouble unnecessarily, while the ununiformed one issued the threat.

Head of the association of relatives of missing persons in Mullaitivu Ishwari Mariyadasan too, asked him not to take pictures or video the protest.