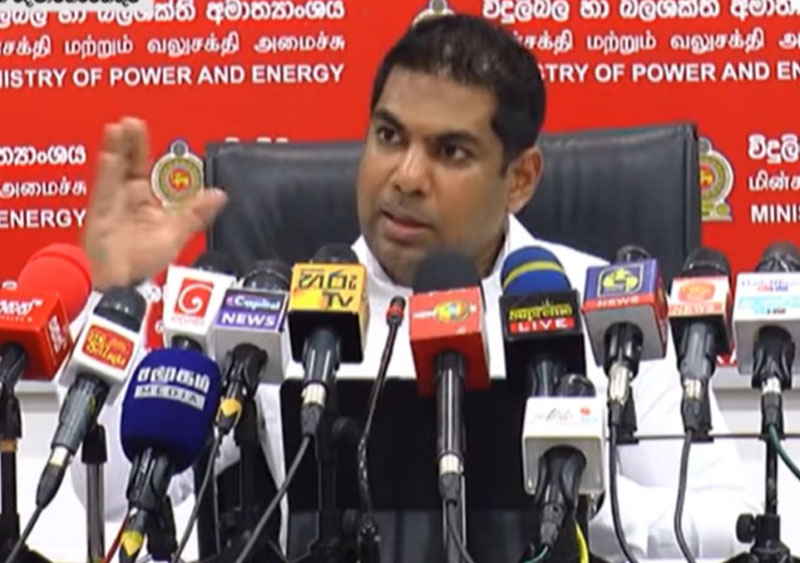 Power minister Kanchana Wijesekara has dismissed a warning by CEB engineers to consumers to expect up to 10 hours of power cuts next month.

Wijesekara responded to their claim at a media briefing yesterday (21) by saying that no such blackouts would be allowed.

However, president of the CEB engineers’ association Nihal Weeraratne said lengthy power cuts are unavoidable due to the Norochcholai plant not having coal to generate electricity.

The minister also said there would be no supply interruptions on December 24, 25, 26 and 31 and on January 01.

He said further that electricity tariffs would definitely be increased from next month under 20 categories to find between Rs. 270 billion and Rs. 300 billion required annually to maintain the supply.

The attorney general has given the relevant recommendations which will be submitted to the cabinet and the Public Utilities Commission, he said.