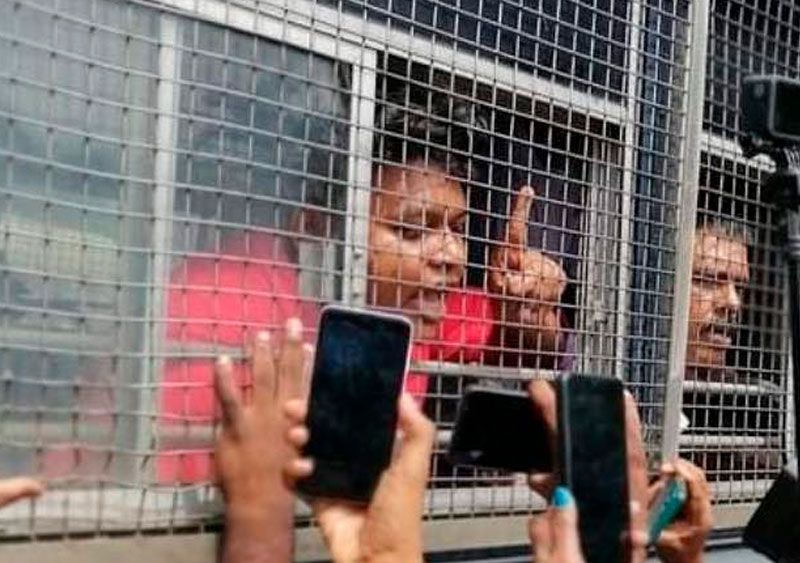 IUSF convener Wasantha Mudalige said he was prepared to remain behind bars further if the government labels raising a voice for the people as terrorism.

He was speaking to journalists before he was taken to prison for further remand custody ordered by the Colombo additional magistrate yesterday (12).

At the hearing under the PTA, additional solicitor general Dileepa Peiris said the TID has concluded 60 per cent of its investigation against Mudalige.

Defence lawyer Saliya Peiris maintained the student activist has not committed any terrorism offence and alleged the probe was being dragged on intentionally.

The matter will be taken up again this afternoon.

During the hearing, university students and social activists staged a silent protest in front of the courts complex at Hulftsdorp.