Sri Lanka is planning to mark World AIDS Day on December 01 in line with this year’s global theme “putting ourselves to the test: achieving equity to end HIV.”

The College of Community Physicians of Sri Lanka is calling for the wearing of a red ribbon to express solidarity with those living with the HIV virus.

The day is earmarked to educate people about the disease’s causes and early symptoms, to eliminate the stigma associated with it, to support those who are HIV positive, and pay tribute to those who lost their lives to the disease.

Today, UNAIDS unites the efforts of 11 UN organizations and works closely with global and national partners towards ending the HIV/AIDS epidemic by 2030. 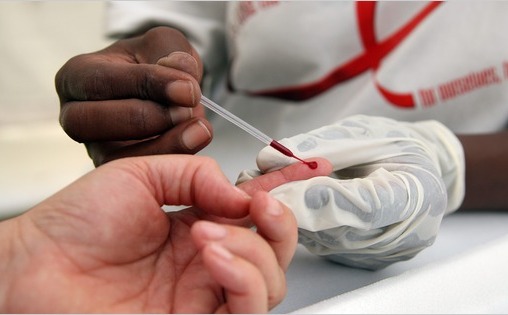 Most cases are among people who engage in same-sex relationships.

Last year, 411 HIV positive cases were detected, and that number had increased to 429 in the third quarter of this year.

The country has an estimated 3,600 HIV-infected people.

But, only 2,300 of them receive treatment at treatment centres.

4,600 HIV positive patients had been identified since the first patient was found in 1986.

More than 90 percent of the people got infected due to unsafe sex.

Nearly 1,400 HIV-infected people died due to various reasons, and 2,900 people live with the virus.

Educating the youth community and protect them from unprotected sex.

Development of infrastructure of the HIV treatment centres.

The WHO, UNFPA, Global Fund among the international institutions that have assisted in the preventive efforts amid the prevailing economic crisis in Sri Lanka.