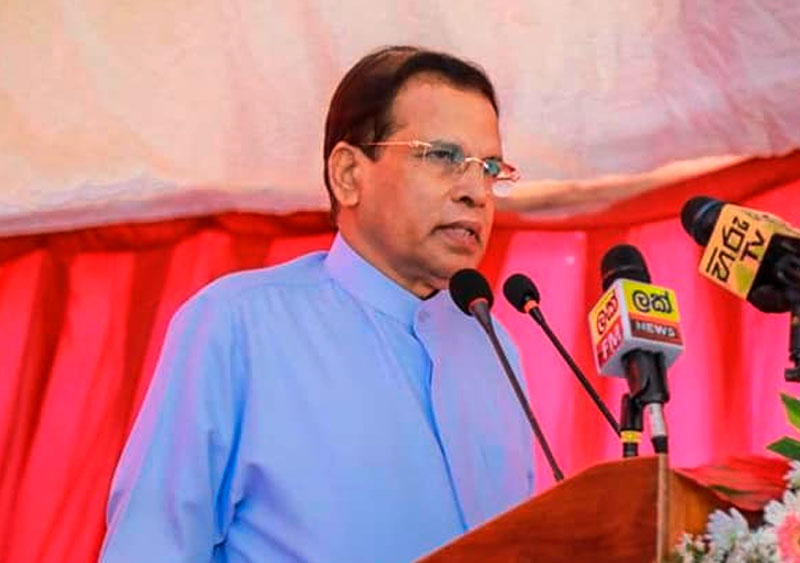 Former president Maithripala Sirisena plans to launch a book he has written about many things yet unknown to the people.

Once the book is introduced in January or so, he said he wouldn’t know what will befall him.

The SLFP chairman was addressing a seminar on budget 2023 in Colombo yesterday (20).

He said the decision he had taken to leave the Rajapaksa regime, criticized by many, was prompted by many instances of deep disappointment.

The very first incident was in 2007 when he refused, as the environment minister, to sign a tender for someone who had not been in the country in recent days, said Sirisena.

Another instance came after he spoke against fraud and corruption taking place in the construction of expressways at a government parliamentary group meeting chaired by the then prime minister D.M. Jayaratne.

On the following day, he said, he was summoned to Temple Trees where he saw a face more furious than usual, that demanded to know if he spoke about the wrongdoings.

A party’s general secretary and minister should not speak against the government’s fraud and corruption, and positions cannot be held if that happens, that face of fury told him further, said Sirisena.