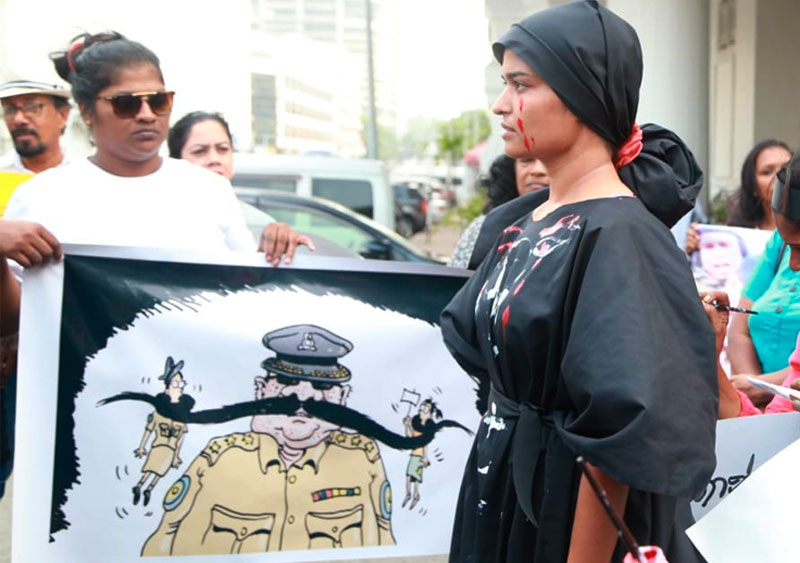 An agitation took place yesterday (17) in front of the police headquarters in Colombo against harassment of women by the police.

They charged that the OIC of Panadura South headquarters police acted undemocratically and against the constitution when he disrupted a march by two women.

Legal and disciplinary action should be taken against him immediately, they demanded.

During the arrest of the two women, the OIC grabbed two female officers by their necks and pushed them forward.

Under an ongoing probe, statements have been recorded from the trio.

The two policewomen have downplayed the incident, while the OIC had claimed he had only urged them to perform their duties. 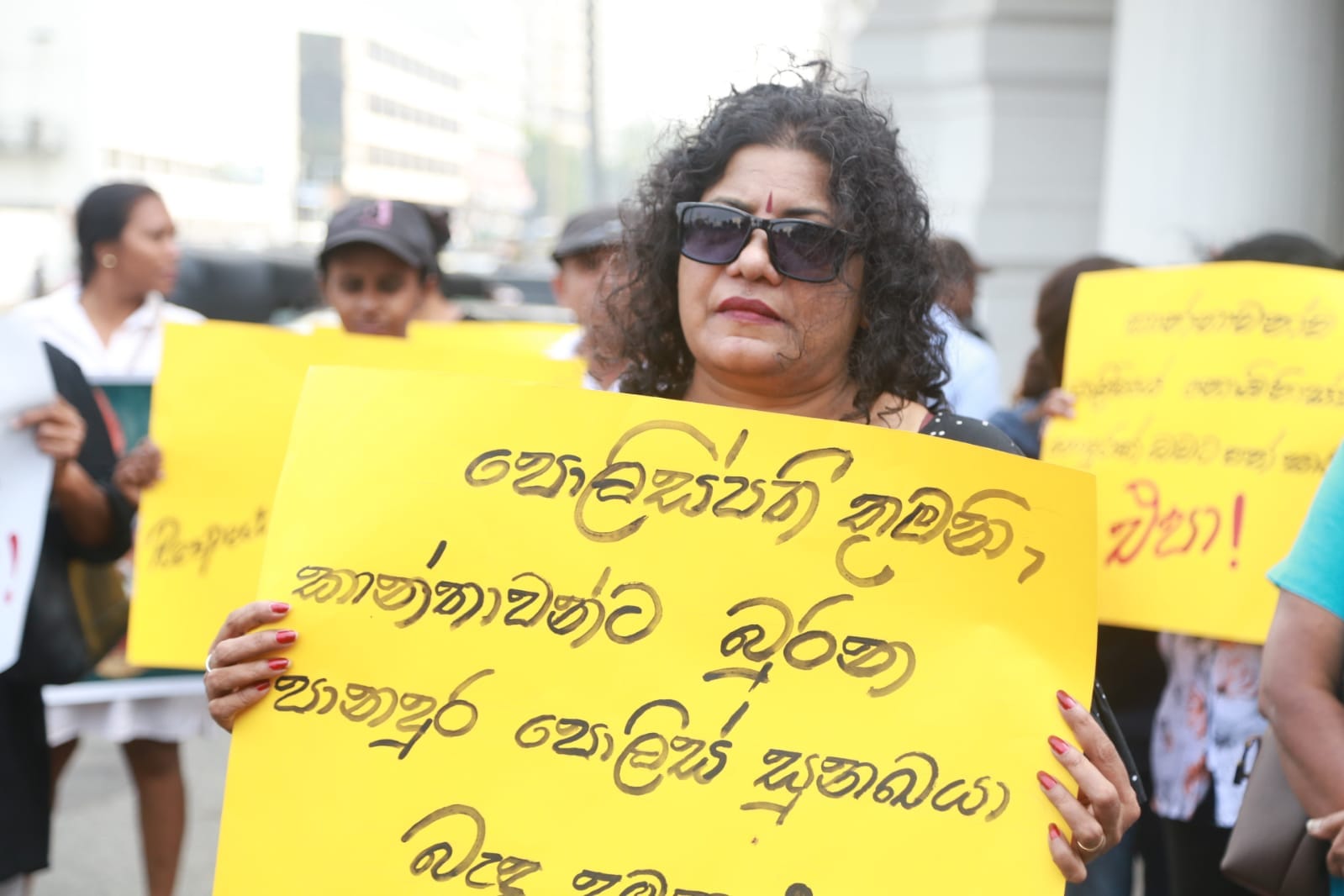 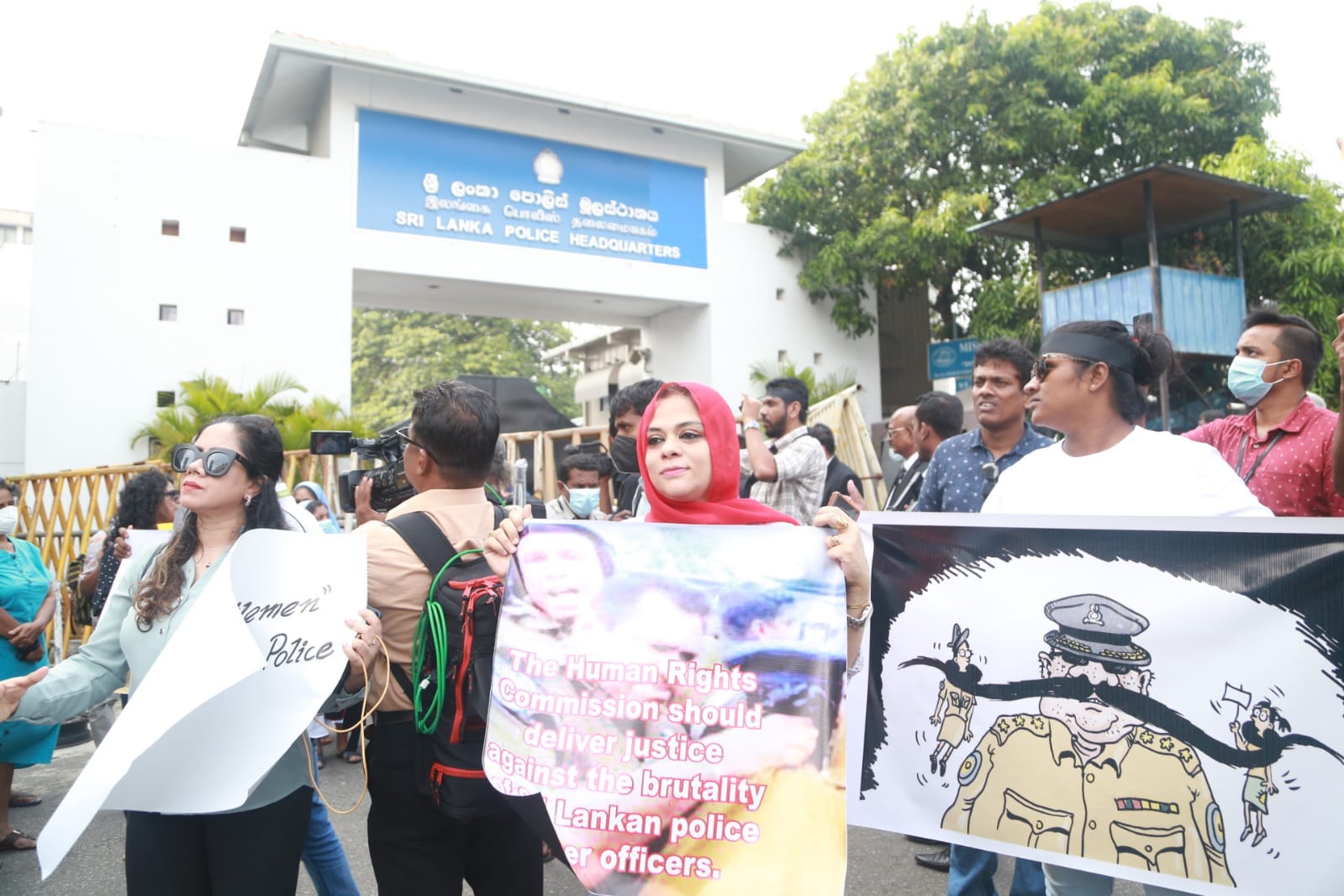 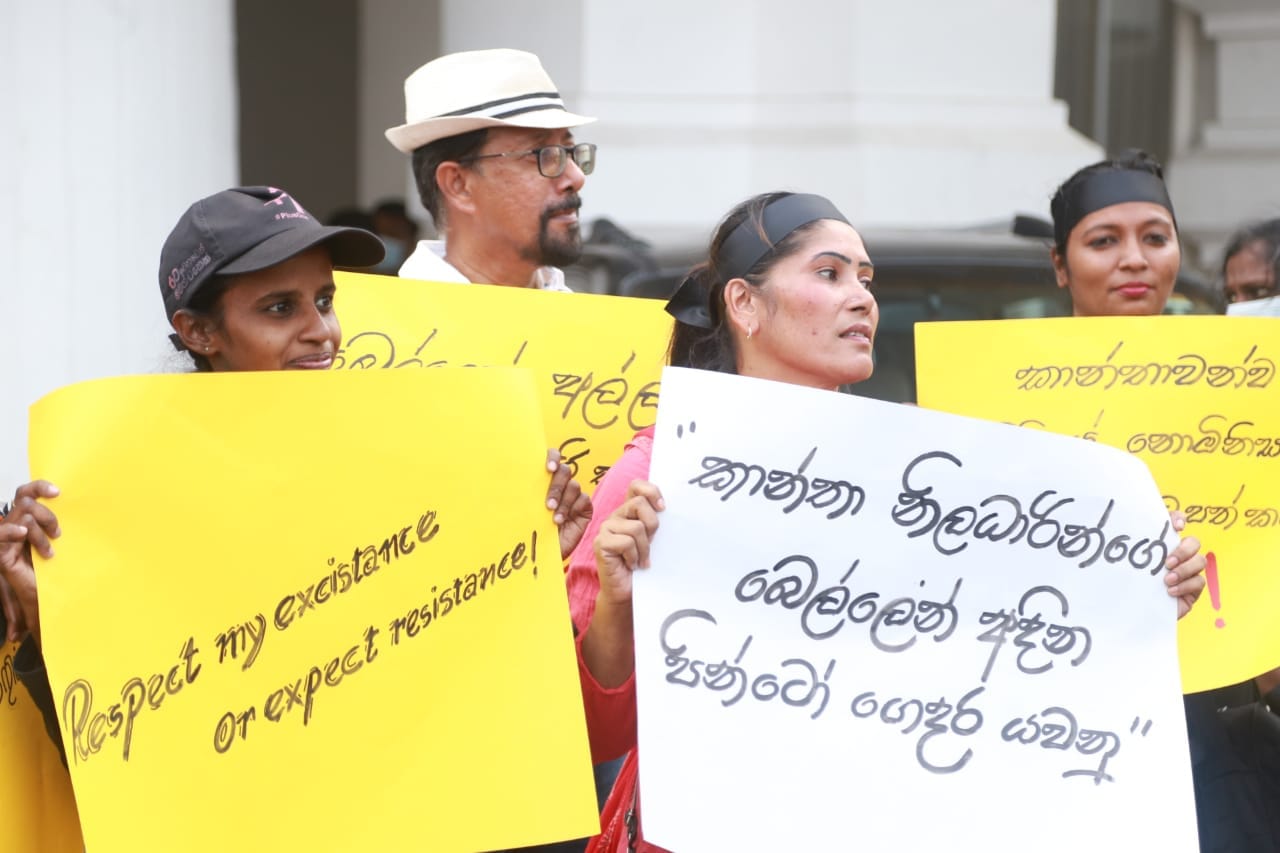