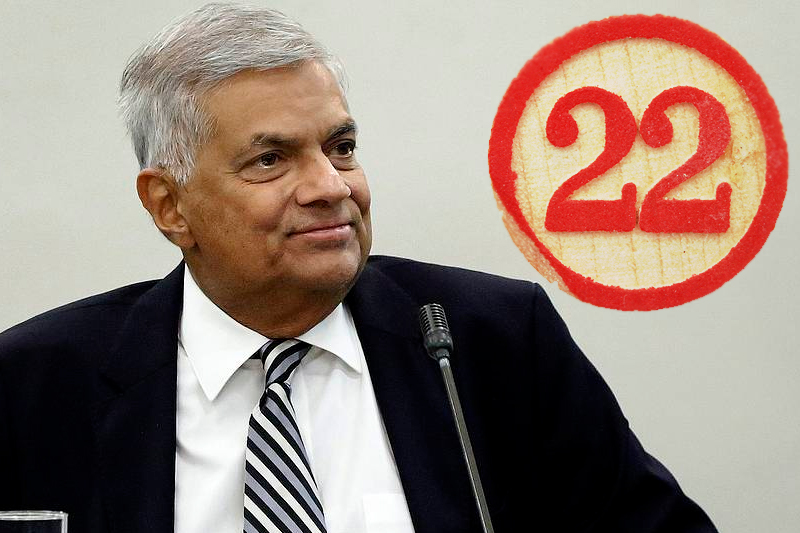 President Ranil Wickremesinghe has decided in consultation with the prime minister as per clause 44 (3) of the constitution to retain four more ministries.

An extraordinary gazette issued by secretary to the president Saman Ekanayake says the ministries of finance, technology, investments promotion, women’s affairs and social empowerment will remain under the president.

The ministry of defense is also under the charge of the president.

Referring to this, senior political analyst Kusal Perera questions, ‘Where is the 22nd amendment now?”

Weekend newspapers reported that foreign minister Ali Sabri will take over finance, a portfolio which cannot be held by the president as per the 21st amendment.