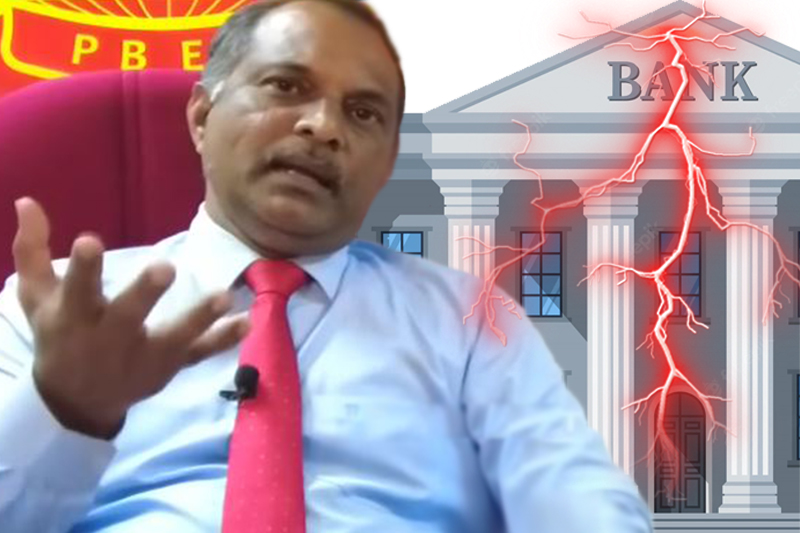 # Bigwigs in attempts at cover-up

# A number of frauds

A union of bank employees has made a startling revelation about major irregularities taking place within the banking system.

Bank managements have covered up several instances of mortgaged gold and other items being stolen by certain officers and withdrawal of customers’ money by using stolen PIN numbers, said R.U.W.K. Dissanayake, secretary of the Bank Ceylon branch of the Pragathi Bank Employees Union.

His exposures about a leading state bank have come in an interview with Mee Massoo online TV channel.