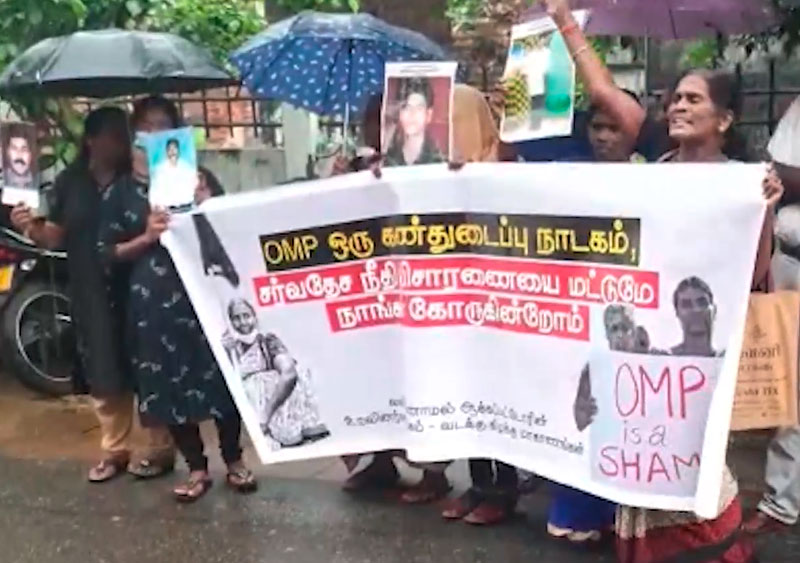 Upon hearing of his arrival, they came in procession and staged an hour-long protest amidst heavy rain, before the police intervened.

The protestors demanded the minister leave Jaffna and called for an international investigation into enforced disappearances.

Rajapakshe was in Jaffna to look into the issues of more than 12,500 war refugees who had returned from India and taken up residence in the northern province.

Head of the association of missing in Jaffna Shivpadam Ilangothei denounced a government decision to pay a Rs. 200,000 compensation per missing person as an attempt to evade responsibility.

TNPF MP Selvarasa Gajendran, who took part in the agitation, said the Tamil victims of war were not prepared to be bribed into covering up the enforced disappearances and protecting those responsible.