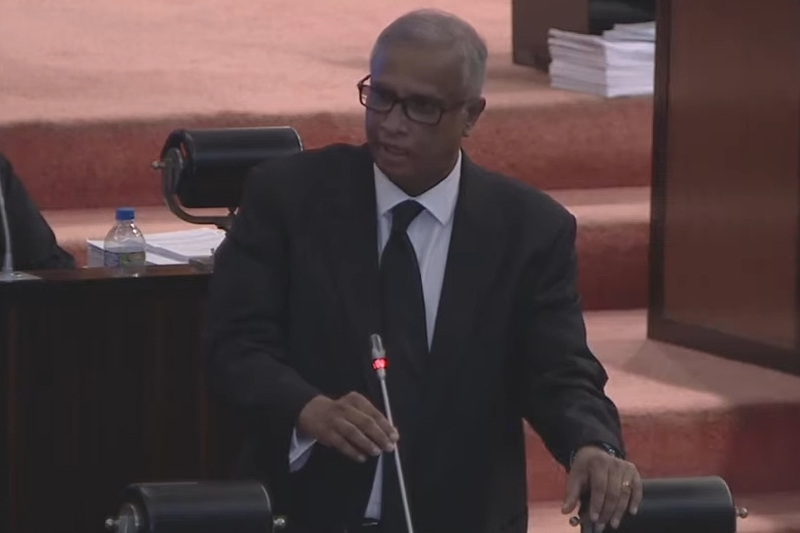 TNA MP M.A. Sumanthiran has charged the Supreme Court, just as much as Parliament, swings like a pendulum.”

He was speaking during the debate on the 22nd amendment to the constitution, which has since been adopted.

“Ask them also to go home. If they can’t read and understand their own determination in the 19th amendment, you are showing the country something when it is not, and that is potentially harmful because the confidence people have in these institutions have eroded and have been totally destroyed. When they find Parliament has also misled us, it leads us to think that some major reform has to take place. When there is no reform, they will only take to the streets.”

MP Sumanthiran pointed out that many MPs have voted in favour of all the amendments - 17, 18, 19, 20 and 22 amendments – contradicting them at each.

“What type of Parliament is this? No wonder that the country says to be done with these 225. Why is this 22nd amendment coming today? It is coming because people in the country want a system change, not some tinkering with the constitution. Some tinkering happened from the 17th onwards, but this bill before the House today doesn’t even tinker with the constitution. If it’s passed it will still retain all the powers of the executive presidency, which is an absolute fraud. In 1994, the presidential election manifesto said the executive presidency would be abolished within six months. That six months have still not come apparently.”