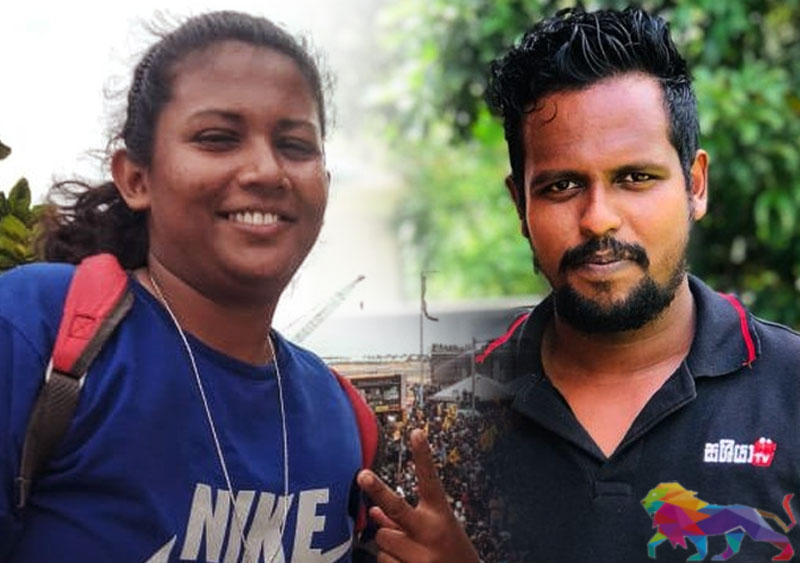 Two more civil society activists involved in the anti-government struggle have been summoned to appear before the police, according to Journalists for Democracy – Sri Lanka.

One of them is Sachini Kaushalya, a freelance photographer from Battaramulla, who has been told to be present at the Mutwal police today (17). 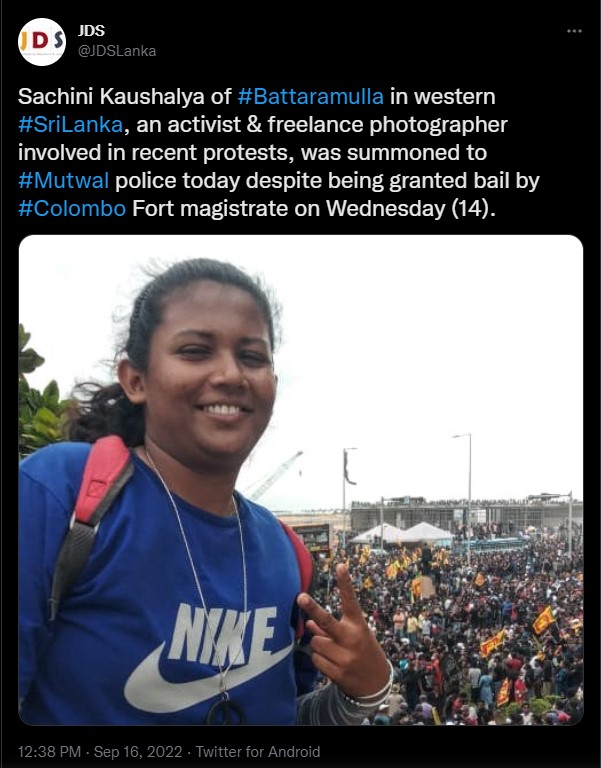 She was granted bail by the Colombo Fort magistrate’s court on September 14.

On the same day, another activist, Shashika Bandara, had a visit by CID officers at his Kurunegala home, who told him to be at their head office in Colombo on September 20 for an inquiry, adds JDS – Sri Lanka. 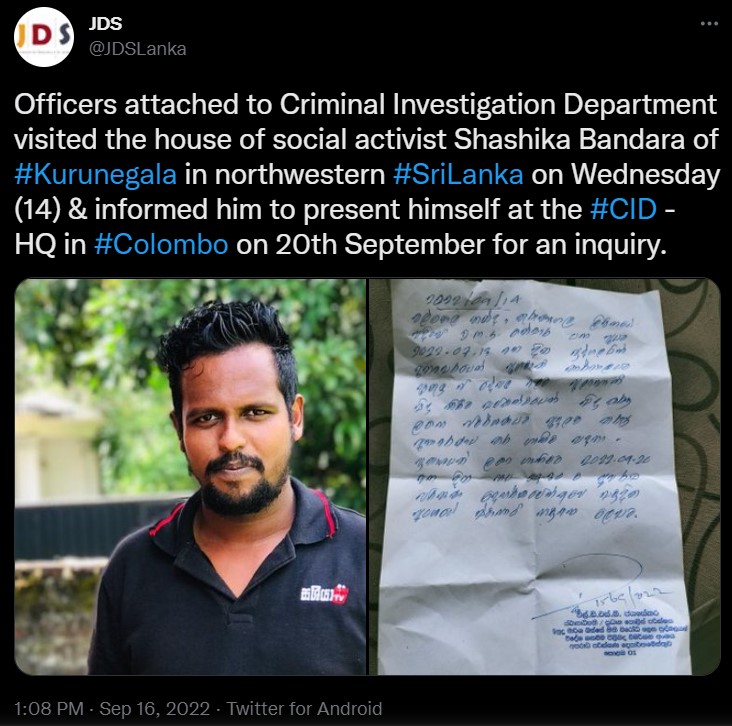