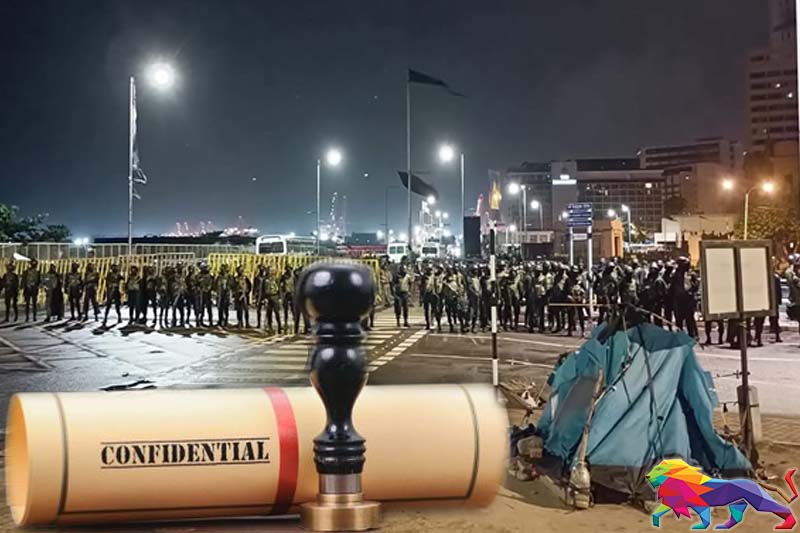 State intelligence had received information that Galle Face protestors had been planning to smuggle all state documents out of the Presidential Secretariat by this afternoon (22), Defence Ministry sources say.

The occupants had been told by the defence authorities to vacate the premises by 6.00 am, but they had sought time until 2.00 pm, for which agreement had been given.

However, state intelligence later reported the protestors had been planning to bring more crowds near the Presidential Secretariat and create trouble by the afternoon.

Defence authorities say the unlawful occupants were evicted in order for the protection of the building as well as the state documents being kept in it.

Furthermore, the main agitation site near Shangri-la was not taken down allowing for the peaceful protests to continue.

What happened at the Galle Face protest site at dawn?

Using force, defence authorities evicted the protestors from the Presidential Secretariat and its vicinity at dawn today.

Several journalists, including J. Samuel of the BBC Tamil Service, had come under attack by the armed forces as they had been giving the incident live coverage.

A soldier snatched Samuel’s mobile phone and deleted the visuals he had taken.

The police media spokesman has told the BBC that he was unaware of journalists being attacked, and said he would look into it.