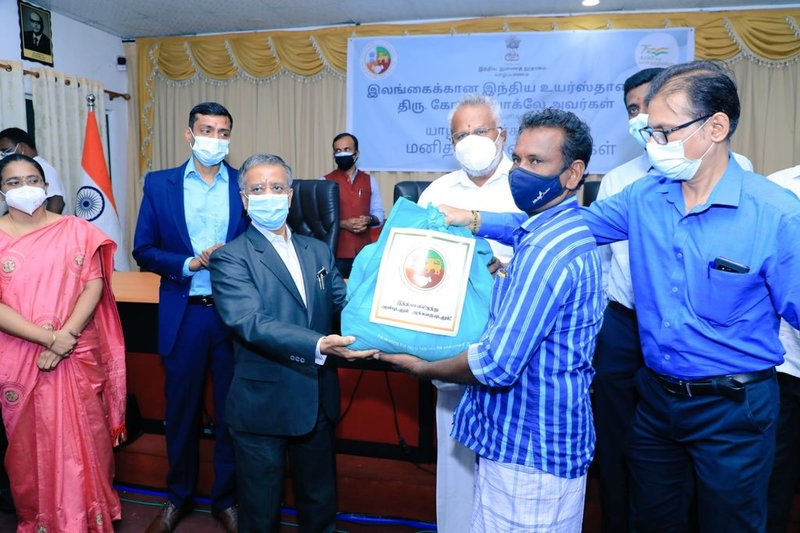 A humanitarian assistance programme for fishermen and their families in Northern Province was inaugurated by Indian High Commissioner Gopal Bagley on Sunday (13).

1200 families spread across Jaffna, Mullaitivu, Kilinochchi and Mannar will receive food materials and other essential domestic supplies as a part of the programme. Beneficiaries in Jaffna District were handed over these materials during the inauguration and distribution of materials in other parts of the Province shall be carried out in the coming days.

Speaking at the event, the Indian High Commissioner underlined that India was a brotherly country which cares for the people of Sri Lanka and mentioned that India will continue to extend such humanitarian assistance in the future too.

He also said that both the Governments of India and Sri Lanka are working together towards addressing the issues faced by fishing communities of both countries. Emphasizing the need for keeping traditions alive, he thanked the leadership of Sri Lanka for facilitating the visit of Indian fishermen and other pilgrims to the Annual Festival at St. Anthony’s shrine in Kachchatheevu. 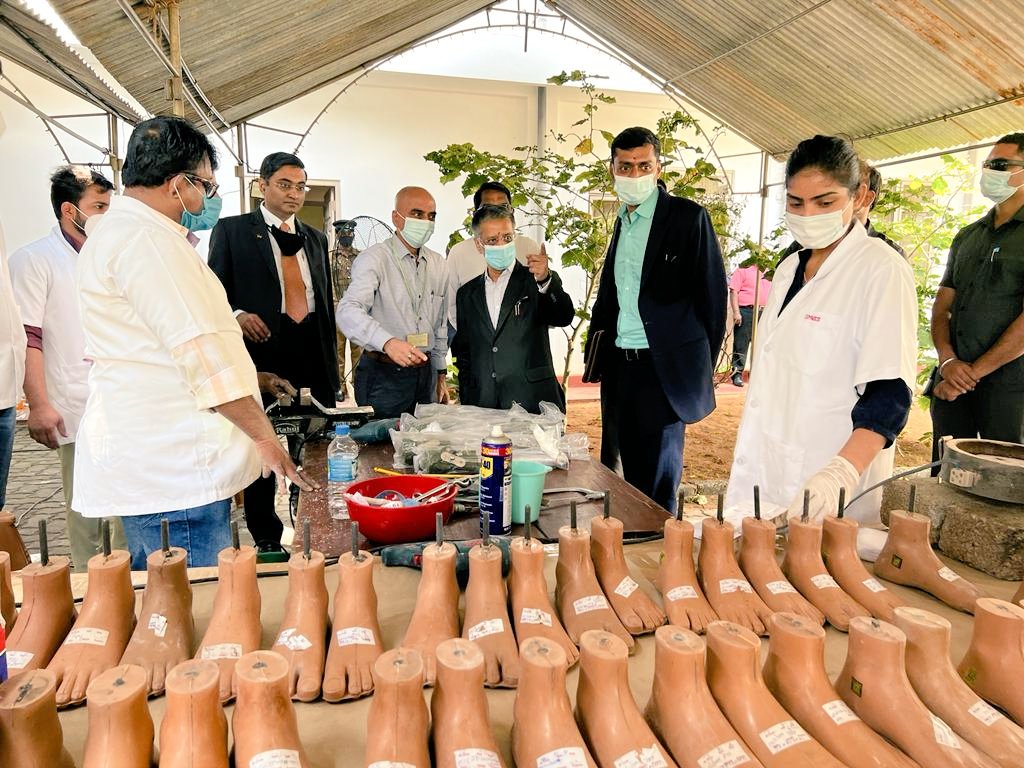 The camp, which is fully supported by the Government of India, is held in collaboration with Jaffna District Development Committee (DDC).

This camp which primarily catered to Sri Lanka Armed Services personnel provided various services such as the Jaipur foot to more than 500 persons with locomotor disabilities. It may also be recalled that the Government of India had organised two camps in Vavuniya and Jaffna in 2010 and 2011 respectively. These camps had jointly catered to more than 2500 persons.

According to the High Commission, the Northern Province is a region of focus under Government of India’s people-centric development partnership initiatives in Sri Lanka.

"A number of projects cutting across diverse aspects of daily human lives such as housing, education, health, livelihood development and industrial development, among others have been implemented here. Several other projects are at various stages of implementation," a statement by the High Commission said.