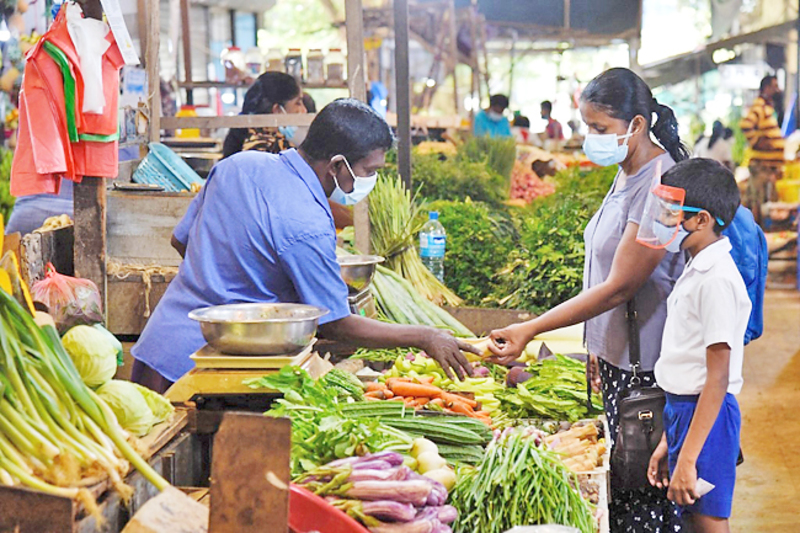 A customer buying vegetables at a market near Colombo, Sri Lanka. PHOTO: AFP

The island nation's economy has tanked since the onset of the pandemic, with the collapse in tourism revenue leaving traders unable to finance purchases of essential goods from abroad.

The government last year banned the import of agricultural chemicals in a desperate attempt to shore up foreign currency reserves, drastically lowering crop yields and prompting many farmers to leave their fields bare.

Supermarkets have rationed rice, lentils and other essentials, while power companies unable to pay for imported fuel have been forced to impose rolling blackouts.

Overall inflation measured by the Colombo Consumer Price Index (CCPI) is also a record 14.2% in January.

After intense protests by farmers, the government lifted its agrochemical import ban in October, but banks are still short of dollars to finance imports.

Sri Lanka was banking on a post-pandemic recovery in tourist arrivals to help replenish its foreign exchange coffers.

But a resurgence of the coronavirus in the form of the highly contagious omicron variant has dashed those hopes, with authorities now forecasting just over 1 million foreign tourists this year.

International rating agencies have downgraded Sri Lanka over expectations it may not be able to service its USD 35 billion foreign debt.