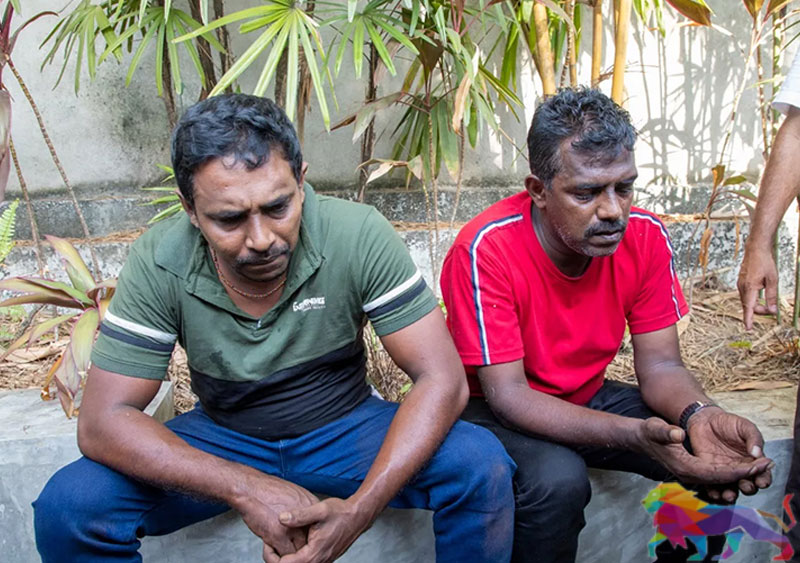 Two people who had hurled eggs at the vehicle of JVP Leader Anura Kumara Dissanayake have been arrested by the Nittambuwa police.

The incident had taken place at the Gampaha district convention of the National People’s Power (NPP), which was held in Kalagedihena yesterday (30).

When Dissanayake was arriving at the venue, several persons who had gathered near its entrance had hurled eggs at his vehicle. However, two suspects who had been detained detained by party supporters were handed over to the police. They claimed that they had arrived with several others who had allegedly escaped.

According to the NPP, the suspects have confessed to the police that they were sent by Minister Prasanna Ranatunga and that they are former military personnel who are employed at conterversial private security firm.

The suspects have also revealed that they were given Rs. 5,000 per day and admitted that they had come to carry out a similar attack on a NPP protest march held in Colombo recently.

Despite informing the Nittambuwa police, it is reported that the police had failed to arrive at the scene of the incident to arrest the suspects.

However, following a complaint lodged by former Gampaha Provincial Councilor Mahinda Jayasinghe over the phone, officer in charge of the Nittambuwa police division ASP Prabhath Vithana had arrived to apprehend the suspects, it is learnt.