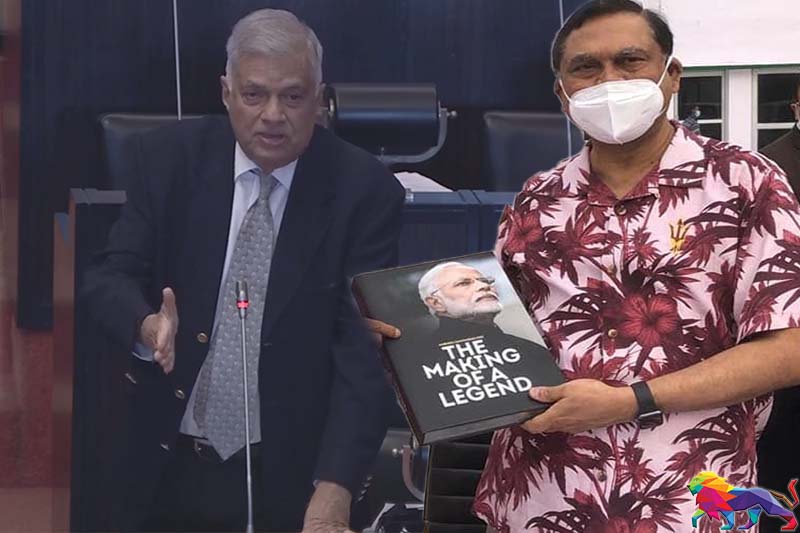 Former Prime Minister Ranil Wickremesinghe has questioned the reason for the Finance Minister’s sudden visit to India during the budget proceedings.

Speaking in parliament yesterday (07), Wickremesinghe said the Finance Minister must explain to the House his reasons for the visit and also reveal if he had visited the neighbouring country seeking loans on behalf of the government.

Raising a privileges issue, the former Prime Minister pointed out that though a promise was made to provide information on Sri Lanka’s foreign reserves, it has not been presented in parliament yet, adding that however the same information has been forwarded to both India and the IMF.

"Public Finance is under this House, so why can’t we have it. If a former CBSL Governor can know about it, and if India could know about it, why cannot this House? It is a breach of privileges. We are asked to come to Finance Ministry discussions and for us to do that, we need these details," he said.

“It is problematic therefore that the information has not been tabled in parliament,” Wickremesinghe said, noting that a further review was unnecessary and he would prefer to receive the information immediately.

The former PM also questioned if the government was following the Central Bank Governor's road map or the Rajapaksa’s road map. He demanded that the government make it clear as to the path it was taking.

He noted that although the construction work had increased significantly after the end of the war, it had stalled after 2014 as payments could not be made. However, Wickremesinghe said that he was able to create a surplus in the primary budget under his government.

The former Prime Minister said that this was not to do with divisions between the parties but a serious economic problem facing the country and stressed that the people were rejecting all political parties at the moment.

He said Aung San Suu Kyi, the daughter of Aung San, the first person to bring democracy to Myanmar, had been imprisoned. “Sri Lanka as a Buddhist country should pay attention to this,” he said.

Wickremesinghe also requested the government to listen to the demands of the members of the Opposition and immediately announce a committee to resolve the issues faced by them.

He said he could not speak for the opposition as he was not in the opposition, adding that he was also not part of the parliamentary party leadership committee.

Commenting further on the boycott of the parliament by the members of the Samagi Jana Balawegaya, the Member of Parliament Ranil Wickremesinghe said,

"One MP has made allegations that he was harmed. Appoint a committee and call the party leaders for a discussion. I can speak for myself and no one else. What needs to be done now is to bring in the opposition for the next few days. Therefore, name the relevant committee. We can continue the work thereafter. Heed their request. In the last three days we can have a full discussion,” he added.