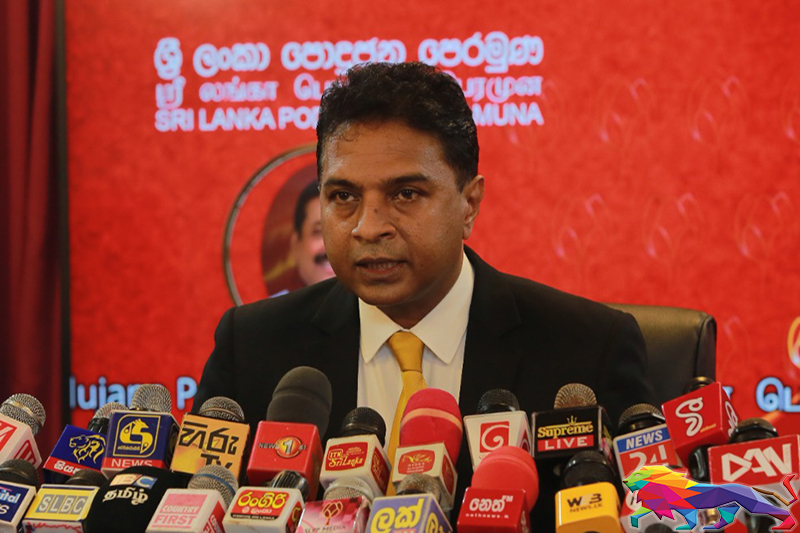 The General Secretary of the Sri Lanka Podujana Peramuna (SLPP), MP Sagara Kariyawasam has demanded the allied Sri Lanka Freedom Party (SLFP) to leave the government if the party disagrees with the policies of the government.

In a press briefing held this week, Kariyawasam said the public should consider the SLFP’s acts of criticising the government while also enjoying all the benefits by being a party to it.

According to him, criticising the government while remaining in it, is not something that should take place within an alliance.

Kariyawasam said the SLFP is attempting to make gains in the current scenario. “However if the organic fertiliser programme was successful, Maithripala would have been the first to claim he initiated it and hog all the glory,” he added.

Will not leave the government - Dayasiri

He said the SLFP hopes to continue working with the government despite levelling some criticism against it. He also added the party is not rattled by comments made by various individuals.