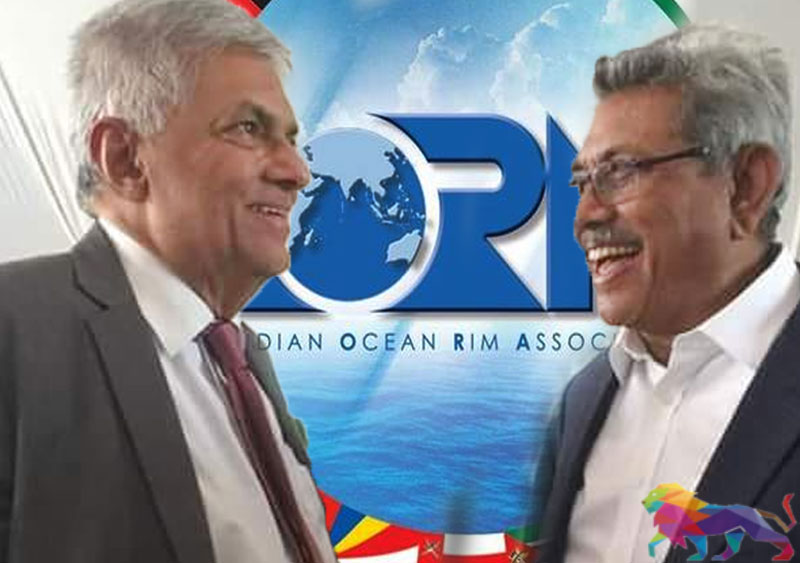 President Gotabaya Rajapaksa and former Prime Minister Ranil Wickremesinghe are set to attend the 5th Indian Ocean Conference scheduled to be held in Abu Dhabi from the 3rd to the 5th of December 2021.

The year's conference will be held under the theme of “Ecology, Economy, Epidemic” and discussions will focus on how the Indian Ocean region will combat the growing threat of climate change.

The Indian Ocean region has been left struggling following the COVID-19 outbreak with economies such as Sri Lanka and Pakistan facing an uncertain future.

While nations are losing citizens and dealing with health challenges, economic challenges are no less devastating. It takes years for countries to rebuild themselves in the aftermath of such losses.

However, how will individual economies survive if such impacts were to be felt every decade? Such is the magnitude of the dangers posed by climate change. Incessant burning of fossil fuels and use of oil is leading to a more rapid rise in average global temperatures.

Growth of population, changing pattern of lifestyle, over-exploitation of resources and ever-increasing emission of greenhouse gases is disrupting the global ecological balance. Large scale urbanisation, crop intensive farming too are adding to the problem.

Following the trend of disruption, the consequences of changing climatic conditions too are not uniform. While small island nations, coastal regions and low-lying countries are facing the threat of extinction with the possibility of submergence in the next half a century, warming of air is leading to drought-like conditions and consequently causing bushfires.

Changing fishing patterns are posing threats to the welfare of the fisherfolk community and a shift away from conventional sources of energy production to more non-conventional ones is realigning diplomatic realities.

With this backdrop, leaders from the region will gather in the UAE to discuss pressing issues concerning the environment, economy and the pandemic.

It is noteworthy that while countries represented at this summit will see their Government members address participants, Sri Lanka will have the added prestige of seeing an Opposition Member of Parliament address the gathering.

UNP leader Ranil Wickremesinghe is a former Chairperson of the Indian Ocean Conference, having held the position from 2016 to 2019. He is scheduled to address the gathering on 5 December.

As both Asia and Sri Lanka looks to recover from the pandemic and the economic crisis, foreign policy analysts said that the plan outlined by Wickremesinghe, who is renowned for his vast knowledge on international diplomacy and his vision for the region, will be keenly followed by the regional leaders who are gathering over the weekend in the Middle East.