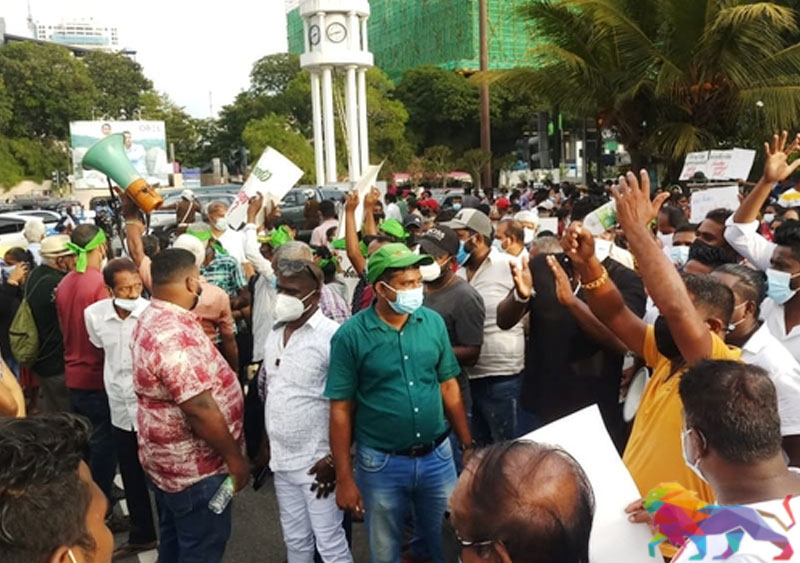 The United National Party (UNP) following a lengthy period of silence has once again taken to the streets to protest against the government and its policies.

The protest was held yesterday (12) at the Lipton Circle in Colombo under the theme "Let's oust the corrupt government that does not recognise the suffering of the people," as Finance Minister Basil Rajapaksa presented his maiden budget speech in parliament. 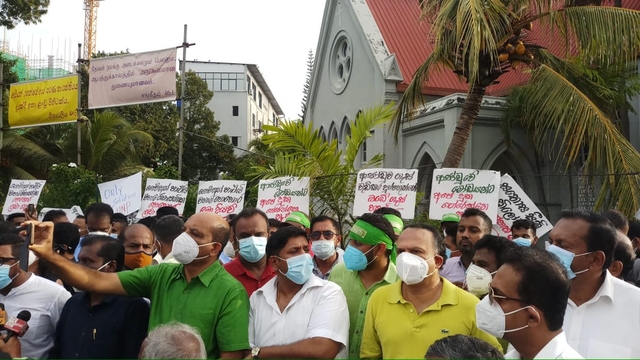 Addressing the protest rally, the UNP leaders said that the budget had dealt another blow to the starving people. They noted that even the country’s middle class today are in the depths of poverty due to the economic downturn.

UNP Deputy Leader Ruwan Wijewardene said that the budget which was presented is one which deceives people, and alleged that the Government doesn’t care about the people’s health and hunger.

"This budget has increased allocations to build roads. But when people don’t have money to buy even a three-wheeler, why are they allocating more money to build roads? This is a ploy to obtain commissions," he said.

Former Minister Navin Dissanayake said that he expected the government to provide relief to the farmers, yet Basil Rajapaksa had not stated anything on the matter.

Meanwhile, UNP Vice President Sagala Ratnayaka alleged that the Government is providing petty solutions, as the budget doesn’t outline the plan to attract foreign direct investments to the country and ensure that the money reaches the people.

The Chairman of Government Nursing Officers’ Association, Saman Rathnapriya said the budget did not present any relief to the people and is a mere farce, adding that the Rajapaksa government is incapable of controlling the prices of commodities

He also called on the government to step down due to its continuous failures.

Former Prime Minister and UNP Leader Ranil Wickremesinghe was not in attendance at yesterday's protest. 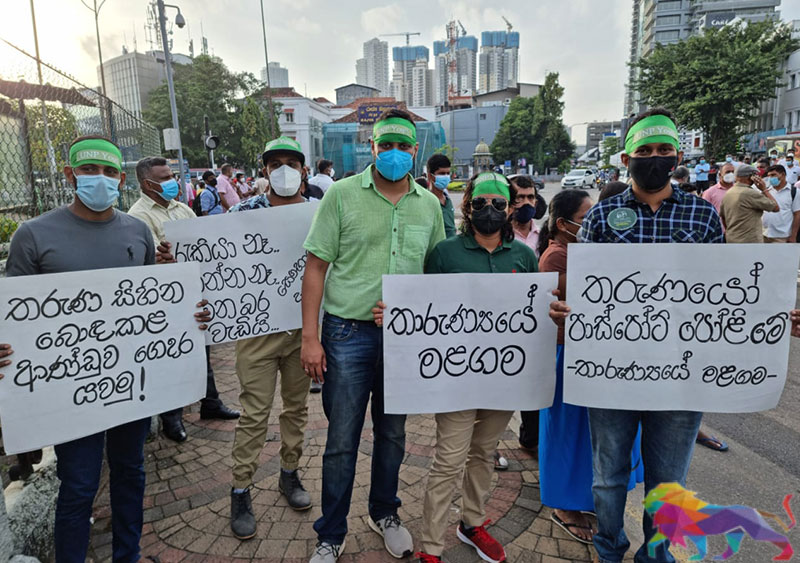 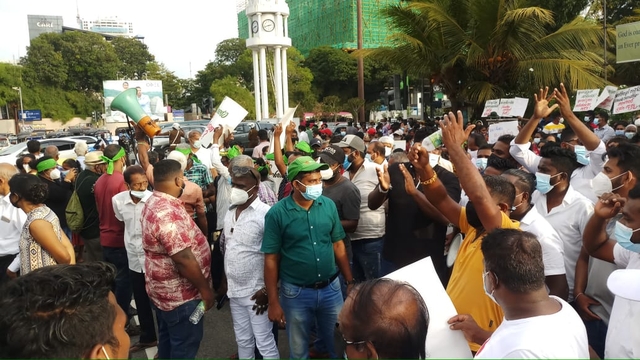 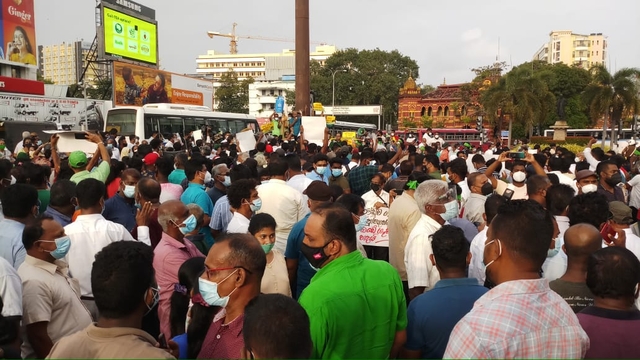