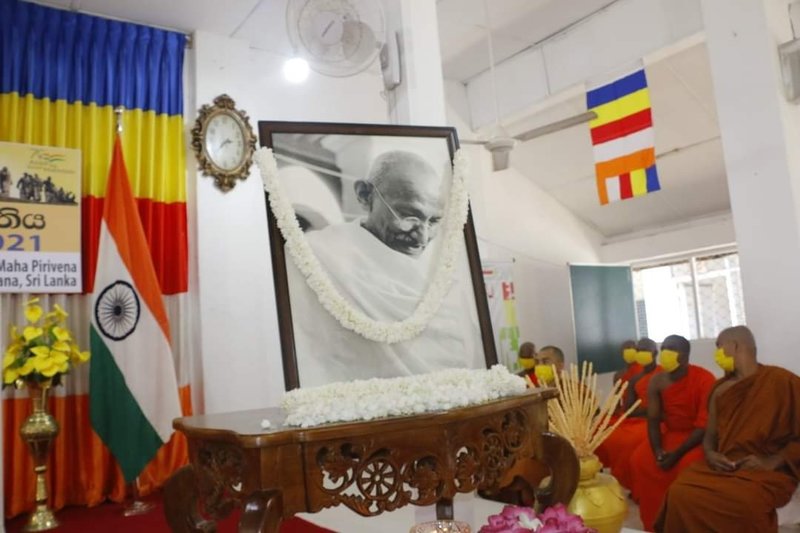 The 152nd Birth Anniversary of Mahatma Gandhi on October 02, 2021, a day which is also celebrated as the United Nations International Day of Non-Violence, was commemorated by the Param Dhamma Chaitya Pirivena, Ratmanala in association with the Swami Vivekananda Cultural Centre, Colombo.

Members of the local community from all age groups, including children, adults, senior citizens, members of the police services also participated in the event. The event included offerings to the Buddha as well as Sermons and speeches about Mahatma Gandhi in Sinhala, Hindi, Burmese, and English by Venerable monk students of the Pirivena and lay devotees.

Speaking on the occasion, The Deputy High Commissioner recalled that Mahatma Gandhi adopted a non-violent resistance to lead the Indian freedom struggle against the colonial British rule.

"Gandhi believed that a truly independent India is bound to help its neighbours. The philosophy of Vasudhaiva Kutumbakam – meaning “the world is one family”– is India’s eternal principle, which continues to define India’s policies and programmes. He stressed that as we strive to make our societies and this world a better place, we need to re-commit ourselves to the ideals of peace, satya (truth), ahimsa (Non-violence) karuna (compassion) and metta (loving-kindness), which were propounded by Lord Buddha himself and which became the guiding principles of Mahatma Gandhi’s thoughts and ideals," he said.

Dr. Wimalasara Maha Thera also highlighted the contributions of Mahatma Gandhi and his non-violent mass movement, inspiring freedom struggles of both India and Sri Lanka. He underscored the global relevance of Mahatma Gandhi's principles in the contemporary world. 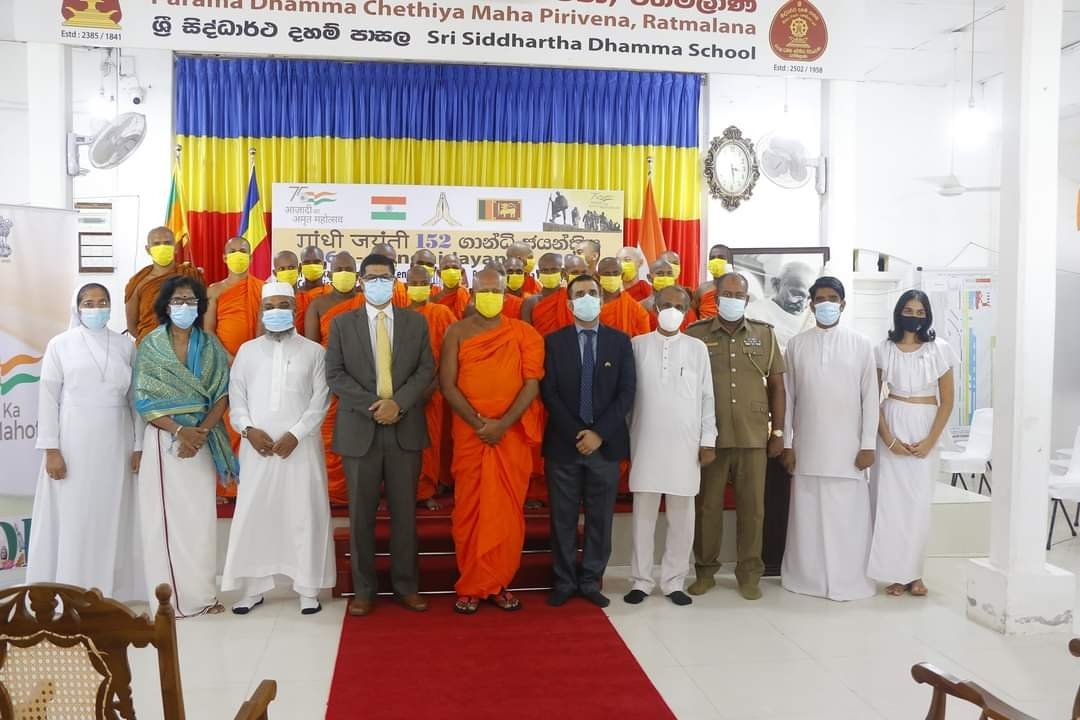