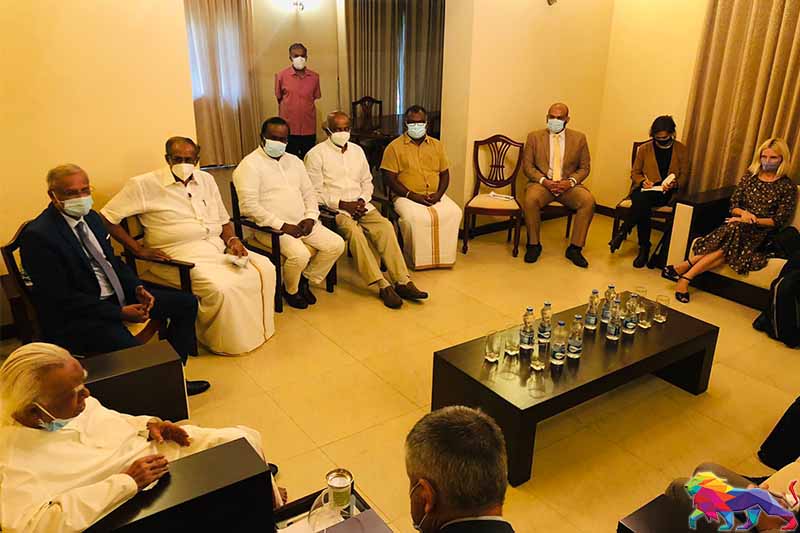 The Tamil National Alliance (TNA) says that the GSP+ tax concession that gave Sri Lanka a favorable position to sell goods in the European market is already at risk.

The MP opined that the suppression of democratic rights by the present government as well as the failure of the previous government to fulfill its obligations to the international community to protect human rights has contributed to this.

"The reason is that in 2017, they promised to repeal the Prevention of Terrorism Act. Four years have passed since then and it is yet to be repealed. That is why the decision was taken. We pointed out that this Act should be repealed immediately. Many unjust acts are being carried out under this act," he added.

President's Counsel Abraham Sumanthiran made these comments when speaking to the media after a discussion with the high-level EU delegation currently visiting the country to investigate whether the the government's human rights record is conducive to provide the tax concessions given to Sri Lanka's exports to Europe.

The special incentive arrangement for sustainable development and good governance known as GSP+, which was suspended in February 2010 due to the non-implementation of international conventions for the protection of human and labour rights, the environment and good governance by the Mahinda Rajapaksa administration, was reinstated in May 2017 in the trust that the Yahapalana Government would implement 27 international conventions on human rights as promised.

However, the Ministry of Justice after having discussions with the delegation had announced that the EU was satisfied with the situation in the country.

A six-member delegation led by TNA leader R. Sampanthan held discussions with EU representatives for about an hour on Tuesday (28) evening, he said.

He had also informed the EU delegation that the government should not only repeal the PTA but also release all detainees including those who have been held for prolonged periods.

Sumanthiran said that the delegation was briefed on the ongoing militarisation in the country, as well as the government's attempts to seize Tamil lands, especially in the Eastern Province.

However, he further emphasized that although it is not appropriate to take any action against the country as the Tamil people, including himself, are citizens of this country, pressure must be exerted on the government to ensure people's rights.