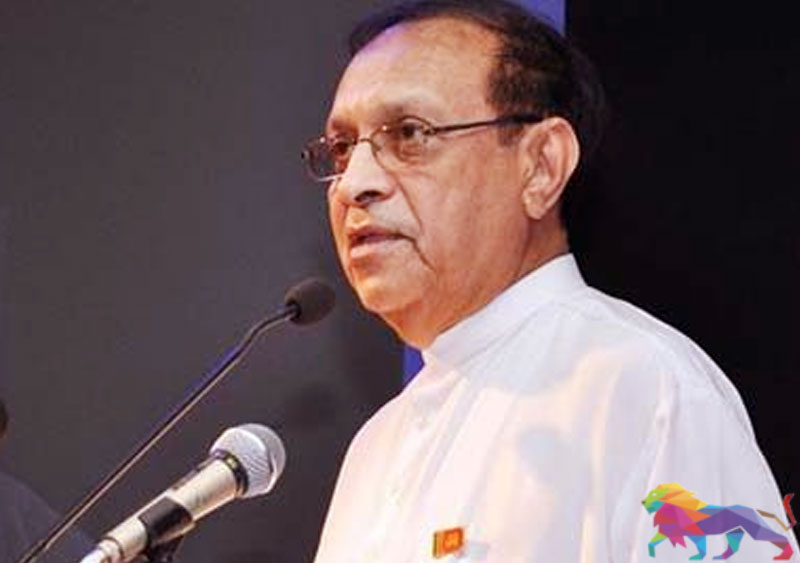 If the United Nations Human Rights Council (UNHRC) takes a tough decision against Sri Lanka, it will be people of this country who will suffer and not be the rulers or the politicians of this country and as such,the whole country should be united and be reconciled, the Chairman of the National Movement for Social Justice Karu Jayasuriya said.

The former Speaker made these remarks addressing a press conference in Colombo today (25).

Speaking further, he said that:

"As Sri Lankans, we speak with great sadness today. Our motherland is tangled up in various issues today and therefore we would like to mainly focus on only two such aspects.

The people are under great pressure today due to the Covid-19 pandemic. The economy has collapsed. Due to the sharp rise in the cost of living, the people are going without food and drink.

There are many families today who are unable to have three square meals a day. 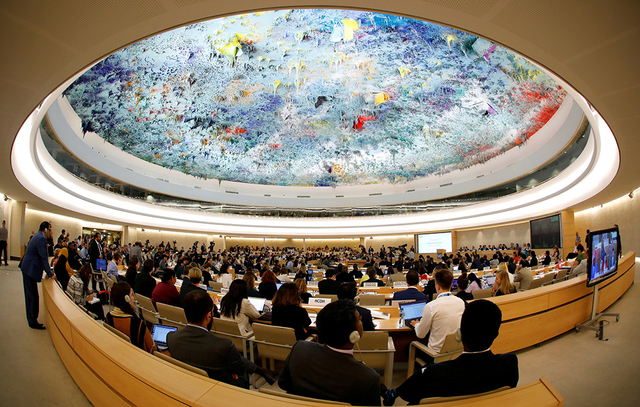 If the UNHRC resorts to strict measures against Sri Lanka, it will be the people of this country who will suffer and not the rulers or the politicians.

While the country is facing such a conundrum, several powerful countries in the world have submitted a report to the Human Rights Council against Sri Lanka. It speaks of imposing embargos on Sri Lanka.

Faced with the worst terrorism in the world, we fully understand its seriousness and the devastation it has caused to lives and resources. We also need to understand that the world is not made up of only our country.

The first draft of a resolution on Sri Lanka has been released recently by several countries including Britain, Germany and Canada. The proposal is reportedly due to be discussed on March 1. All countries represented at the UN Human Rights Council have been invited to attend.

Considering this resolution, it appears that there is no problem with the preamble to it. It reaffirms the commitment of those countries to the sovereignty, independence, unity and territorial integrity of Sri Lanka. In addition, they have expressed regret over the terrorist attack in 2019 and admitted that the last Presidential and General Elections were held in a democratic manner.

However, there is a serious challenge facing our country in terms of the clauses included in the resolution. We as a country need to pay close attention to this. We hope that the government will represent the country with the utmost intelligence, mature diplomacy and honesty. Under no circumstances should we be arrogant or rash.

"We are a nation that is divided on various issues"

In such a situation, the whole country should be united and be reconciled. But that is not the case. Today, we are a nation divided on various issues. The 20th Amendment has caused a great deal of confusion in the country today. The vast majority of religious communities, including the Maha Sangha, as well as the majority of society, are opposed to the 20th Amendment.

"Sri Lanka is the only country in the world that does not allow burial by interfering with the traditional customs of the Muslim community."

In addition, as the only country in the world that does not allow burial by interfering with the traditional customs of the Muslim community, our country has been strongly opposed by the Muslim countries and the people of the world.

It shows the weakness of the government’s decision-making power and has done great damage to its reputation. These are matters that need the attention of the authorities. The government should take a firm decision about burials.

Is there really any victory the country has achieved due to the 20th Amendment? Did it guarantee the rights of the people of the country? Has the 20th Amendment helped to overcome the economic crisis in the country? What support has it given to combat the Covid-19 pandemic? Was it able to strengthen the parliament, ensure the independence of the judiciary or establish the rule of law?

Has the infinite power gained by one person through the 20th Amendment equipped the country to face the Geneva challenge?

Must I even speak of the state of the judiciary? The country's economy is on a downward spiral as never before. Today internationally, our country has lost many honourable friends.

Sri Lanka is becoming an isolated country in the world.

Also, the catastrophe caused by the 20th Amendment could be the beginning of yet another catastrophe. This is evident from the inclusion of both of the above in the Geneva Resolutions. These incidents took place under the present regime, so we see it as a prudent step to take a closer look at those issues.

But sadly, instead of putting out such fires that have engulfed the country, we have seen a few people intoxicated by greed igniting this fire instead. This is evident through their attacks on politicians who hold different views and those who do not belong to their camp. 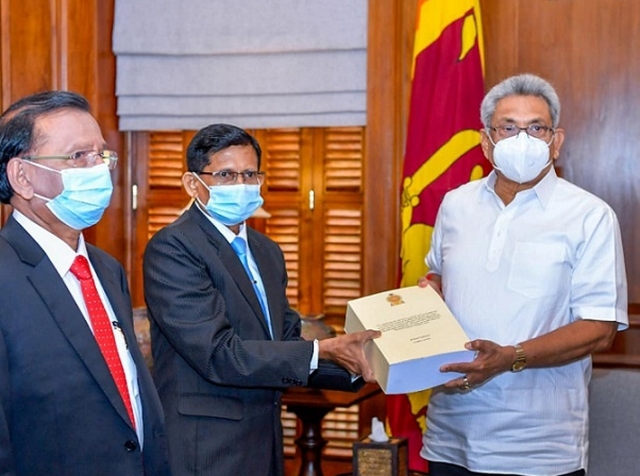 We see the report of the Upali Abeyratne Commission as the worst insult to the judiciary. The world sees this as a great joke. It is seen as an attempt by a greedy government to break the backbone of the opposition and create a perpetual dictatorship in this country by depriving the opposition of their civic rights.

Upali Abeyratne's recommendations have done great damage to the recognition and respect that the Sri Lankan judiciary has gained in recent times, both locally and internationally. This situation has caused us great pain.

I responsibly state here that in this situation too we act with great confidence in our judiciary. We urge the judiciary to further strengthen that belief.

Accordingly, we tell those individuals who are leading this country to destruction today to not boast about the two-thirds majority.

Do not set fire to the country at this unfortunate time. We express these views with the noble objective of creating a just, law-abiding and moral country as wished by Ven. Sobhitha Thera," he added.