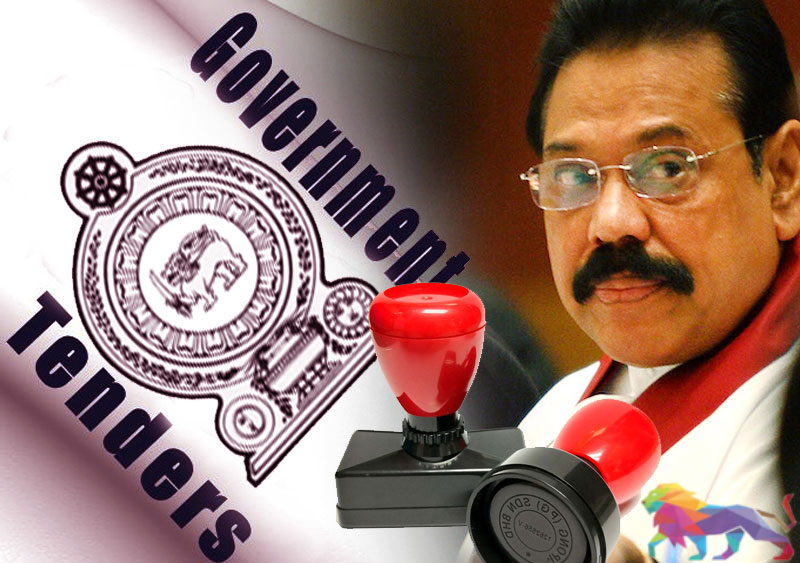 Prime Minister Mahinda Rajapaksa, in his capacity as the Minister of Finance, has submitted a Cabinet paper at the last Cabinet meeting proposing to streamline all government tenders and investment projects through a single committee.

The proposal has highlighted the urgent need for the government to adopt a very 'vibrant mechanism' to receive, evaluate and approve such proposals.

The proposal stated that this mechanism will act as 'conduit' between the Treasury and the line Ministry and line agency, to facilitate anchor investors in particular and to execute and monitor such investment proposals expeditiously.

Accordingly, the Cabinet paper, which was reportedly drafted by President's Secretary Dr. P.B. Jayasundera, has proposed to establish a Cabinet Appointed Management Committee on Investments (CAMCI) to be chaired by the Secretary to the Treasury.

The proposal has been submitted under the heading 'Fast Tracking Investments'.

Usually before a Cabinet paper is presented before the Cabinet of Ministers, they are given a draft of the proposal in advance in order to provide them with an opportunity to submit their preliminary observations.

However, this Cabinet paper had been presented at the end of the last Cabinet meeting with the intention of receiving instant Cabinet approval which has raised suspicions among Ministers, it is reported.

Some ministers have also questioned as to why this particular Cabinet paper was only presented in English.

Furthermore, they have raised concerns stating that this Cabinet paper would release Ministries from being accountable.

In this backdrop, the President has acquiesced to a request made by several ministers who wanted an additional week to study this proposal in detail.

Members of the Special Committee are as follows:

Sources at the Ministry of Finance said that all members in this committee are close associates of the President's Secretary.

Another iteration of the SCARC programme:

A senior official at the Ministry of Finance told theleader.lk that the proposal submitted at the last Cabinet meeting was an attempt to reactivate the Standard Cabinet Appointed Review Committee (SCARC) programme that was introduced in 2014.

The proposal to set up the SCARC had received Cabinet approval when Dr. P.B. Jayasundera functioned as the Secretary to the Ministry of Finance. The then Prime Minister's Secretary Sirisena Amarasekera had been appointed as the Chairman of the SCARC on the recommendation of Dr. Jayasundera.