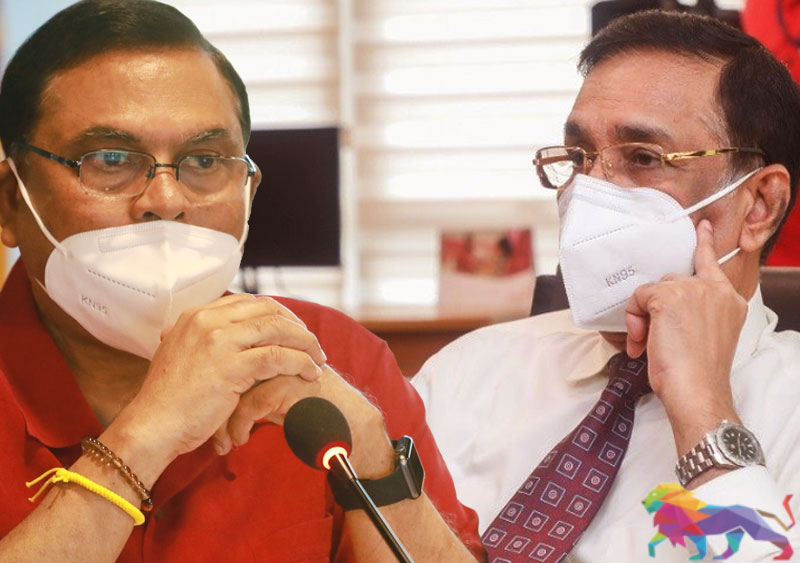 It is reported that the Head of the Presidential Task Force on Economic Revival and Poverty Eradication, Basil Rajapaksa has severely reprimanded former Air Force Commander, Marshal of the Air Force Roshan Gunathilake, for failing to summon officials from the Ministry of Education to a meeting that was convened at Temple Trees.

The former Air Force chief is the incumbent Governor of the Western Province.

The Governor had not been notified in advance that the relevant officials of the Ministry of Education tasked with overseeing the Western Province were required to be present at the meeting held on January 19.

However, it is revealed that he was admonished and told to "step aside if you can't do it".

The meeting was held with the participation of Governors, Secretary to the Ministry of Education, Additional Secretaries and other officials of all provinces except the Northern and Eastern Provinces.

Our attempts to contact Basil Rajapaksa over the phone to inquire about this incident were unsuccessful.

However, when inquired by Anton Fernando, the Secretary to the Prime Minister at the PM's Office and member of the Presidential Task Force who participated at the meeting, he said that there was no such statement or any controversy as portrayed in media reports.

It is reported that two Governors were not able to attend as they are currently under quarantine.