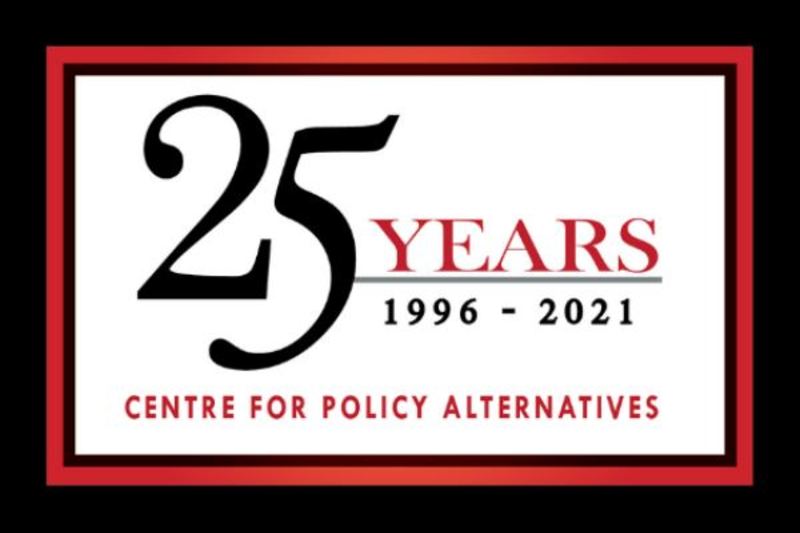 It has been a long journey of patient plodding and frequent frustration and then, in the memory, a shorter and exciting one too, of upholding principles in public interest litigation, electoral violence and malpractice, the ravages of war, a constitutional coup, death threats and public vilification, amongst other excesses of executive power and authority.

The Centre for Policy Alternatives (CPA) was founded in the belief that civil society has an important role to play in the making of public policy. Civil society in this respect is not about capturing state power, but rather about setting an agenda for public policy for the government of the day to adopt and implement and of ensuring a context of rights enjoyment, protection and enhancement, which underpins this. As the title of this volume indicates this is a story of the protection and strengthening of the rights of citizens against violation by the state, of resistance to illiberal and unconstitutional encroachments on basic rights and freedoms, of reform of the public policy agenda to acknowledge and institutionalize the Rule of Law and Equality before the Law without fear or favour in the architecture and practice of governance and government and to reconcile all the peoples of this island in the celebration of Unity in Diversity. In this respect and twenty-five years notwithstanding, the work of CPA will always be a work in the state of becoming. Not of being.

I would like, at the onset, to address some of the criticisms made against us. The first of these is that we are and continue to be an elitist and Colombo based organisation unconcerned with what affects the average citizen.

It is true that we have prioritized fundamental rights. We totally disagree that this is not of concern to the average citizen for, it is her rights that we are fighting for and without a sound constitutional framework of fundamental rights the average citizen will not attain the unity, peace and prosperity she desires and deserves. Admittedly, perhaps we have not made this point sufficiently or adequately to the population at large. However, we have tried and will continue to ensure that all our work is carried out in all the three languages of Sinhala, Tamil and English and in this regard we would like to remind our critics that the work of the Outreach Unit and the Centre for Monitoring Election Violence (CMEV) with an island-wide network, is done mainly in the official languages. Moreover, we have Vikalpa and Maatram, our two websites in Sinhala and Tamil, respectively.

A second criticism is that we work according to the agenda of foreign governments, since they are our main funders. Yes, they are our main funders because there is no funding in Sri Lanka for civil society work in the fields of human rights and governance. if only there were! Furthermore, the allegation that we take their money to implement their projects is completely untrue in that we identify our priorities and go out and seek funds to implement them. That there is a congruence, between Western donor priorities and ours, is not a coincidence, because they too are formally committed to a world of human rights protection, the Rule of Law and constitutionalism.

And yet another criticism is that we are too confrontational with governments and a cat’s paw for the opposition. It should be noted that for the twenty-five years of our existence, some twenty have been under a UPFA government headed by President Kumaratunga and the Rajapaksa brothers, Mahinda and Gotabaya. Throughout this period the UNP has been the Opposition for over twelve years with another eight years in government. The mission and mandate of CPA is policy research and advocacy on governance and conflict transformation from a human rights perspective and in these turbulent times, the Opposition was more in accord with our views than the government of the day. Moreover, the policy platform on which the government was formed in 2015, was defined and designed by liberal civil society research and advocacy over two decades at least and liberal civil society had a duty to ensure that it would not be jettisoned. Accordingly, the distinction between working with government as opposed to working for them and losing one’s independence and credibility was a position we upheld during the tenure of that government.

Earlier on, the call for the annulment of the Wayamba election in 1999 blotted our copybook with the Kumaratunga government, which set up a rival organisation to contest every media communiqué CMEV put out; advocacy for human rights protection and accountability did not sit well and perhaps still does not sit well, with either Rajapaksa regime. That we are partisan towards the UNP, stands in stark contrast to our public interest litigation when they were in office and our continued human rights advocacy.

Over the twenty-five years we have pioneered civic media in Sri Lanka with our award winning Groundviews website, which serves as a platform for the counter-narrative of the day and for news and opinions insufficiently covered in the mainstream media or not covered by the latter at all. Social Indicator is the only civil society polling unit which polls public opinion on contemporary social and political issues, island wide. It also has seven years of data on the public’s views with regard to war and peace in the country. CMEV which arose out of the very first activity of the organisation – monitoring of election violence – and which encountered censure and sanction from the government when it called for the annulment of the infamous Wayamba election, is now one of two nationally recognised election monitoring organisations in the country.

We have a rich reserve of data on constitutional issues including strengthening of parliament, federalism and devolution and our public interest litigation programme, has as much highlighted issues of current importance and raised awareness of rights violations, as it has succeeded in winning cases. Of particular importance is the spearheading of advocacy for human rights protection and accountability, bringing together civil society organisations from around the country.

CPA grew out of the Centre for Policy Research and Analysis (CEPRA), set up by the Vice Chancellor of the University of Colombo, Professor G.L. Peiris. CEPRA held the first public meeting on the 1995 proposals of the government for a new constitution. When CEPRA wanted to hold a similar meeting in Sinhala, we were told by the student body that we would not be allowed to do so. In any event the ethic on campus and the bureaucracy stood in the way of CEPRA achieving the objectives of its founders as an innovative research institute.

Jayadeva Uyangoda, Rohan Edrisinha and I, all working at CEPRA, decided to move out and set up an organisation that would not encounter such impediments. We decided that our board would reflect the political opinions of the day and that I would be the Executive Director. CPA owes its name and initial articles of association to Uyan. Our founding grant was from the Asia Foundation and a loan from INFORM facilitated by Charlie Abeysekere, a founder Director. I must acknowledge the support and solidarity from Ed Anderson, the Representative of the Asia Foundation.

I must place on record my appreciation for two founder Directors – Charlie Abeysekere and Bradman Weerakoon. Their wealth of experience, their enthusiasm and encouragement for the aims and work of CPA and their commitment to the organisation, was invaluable. CPA will always be indebted to them. Likewise, Shelton Wannasinghe who was also a particular pleasure to work with as a senior member of the Board, especially when the organisation came under attack

in the years after the war. Another former Director who I must acknowledge is Dr Arjuna Parakrama who designed the methodology of CMEV, which CMEV follows to the present day and who also set up a translation programme Vibasha and the first Media Monitors –both of which are still spoken about. Finally, amongst former members of the Board I must acknowledge CPA’s debt to Kethesh Loganathan who headed the Peace and Conflict Unit. Kethesh brought to CPA his years of experience of the Tamil struggle for self-determination and his personal knowledge of the key LTTE and other guerilla leaders of the time. Accordingly, in his years at CPA he deepened our knowledge of peace and conflict and sometimes, not easily.

A special mention must be made of founder Director Rohan Edrisinha, who was the founder of the Legal Unit, now the Research and Advocacy Unit and the programme of Public Interest Litigation. Rohan’s vast knowledge of constitutional and public law attracted many a young researcher to CPA and laid the foundations for the work on federalism and devolution as well as the now well -established programme of Public Interest Litigation.

Many of the older members of CPA will remember Jean Godlieb head of Administration and a veritable mother to the staff. Her patience, efficiency and warmth made the organisation, from the outset, a happier workplace.

Over the twenty- five years, CPA has had many friends amongst the international human rights organisations, international NGOs and universities. To them we offer our thanks for their support and solidarity, in good times and bad and express the hope that when the need arises, we can work together again.

I must thank all the staff of CPA and our interns both foreign and national, for their dedication to our values and excellent work. For many of them, working for CPA was their first and only job. In particular I must thank Lionel, Asanga, Bhavani, Sanjana, Pradeep, Dev, Mirak, Sriyanie and Renuka for their brilliant work, which, in some cases, was unprecedented and for their commitment and sustained dedication to the work and values of CPA.

Many of them have gone on to excel themselves in work for the United Nations as Resident Representatives and in election monitoring, for their own governments as Deputy Assistant Secretary of Defence, for our own national institutions like the first Office for Missing Persons and in academia abroad. The staff of CPA makes CPA and CPA in turn has changed their lives, I hope they will agree, for the better.

I hope and trust that CPA will continue its work into the future. And that it will keep working better.

In conclusion, I would like to quote the poet Robert Browning as I did when I delivered the Gandhi Memorial Oration:

“Ah but a man’s reach should exceed his grasp; Or what’s a heaven for?”

So be it for the Centre for Policy Alternatives for the next twenty -five years and more!