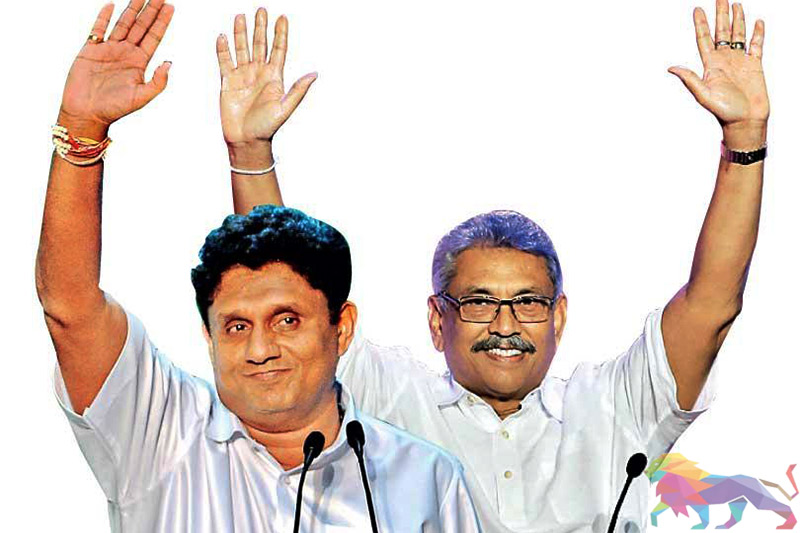 The social media campaigns that are being carried out by the Sajith Premadasa camp and Gotabaya Rajapaksa camp claiming victory to their respective
candidates citing a survey carried out by the State Intelligence Service (SIS) has been identified to be false.

However, various social media groups have release several reports predicting the outcome at the upcoming presidential election citing they have been sourced from the SIS and National Intelligence Bureau (NIB). The NIB it is learnt is now defunct.

It is interesting that the reports, which are said to be surveys predicting the outcome, have been prepared as a final election result.

Meanwhile, the Elections Commission Chairman Mahinda Deshapriya has said that some politicians and loyalists of the two main candidates were engaged in a false campaign stating their respective candidates have recorded a lead in the postal votes that have been cast.

He explained that the postal votes counting will commence on after 5 p.m. on November 16th.

Issuing a statement, Deshapriya has said that publicizing false statements about the performance of two candidates at postal voting would have an adverse impact on the other candidates.

Despite various propaganda campaigns being carried out between the two main contenders about their imminent victory at the presidential polls, reports from diplomatic sources reveal that there is a close battle between the two candidates and that neither of them have secured a 50% of the votes.

According to those reports, Gotabaya enjoys around 42% of the votes while Sajith is at 40%.

However, it is believed that Sajith would take the lead once his election manifesto is properly marketed in the Northern and Eastern Provinces.