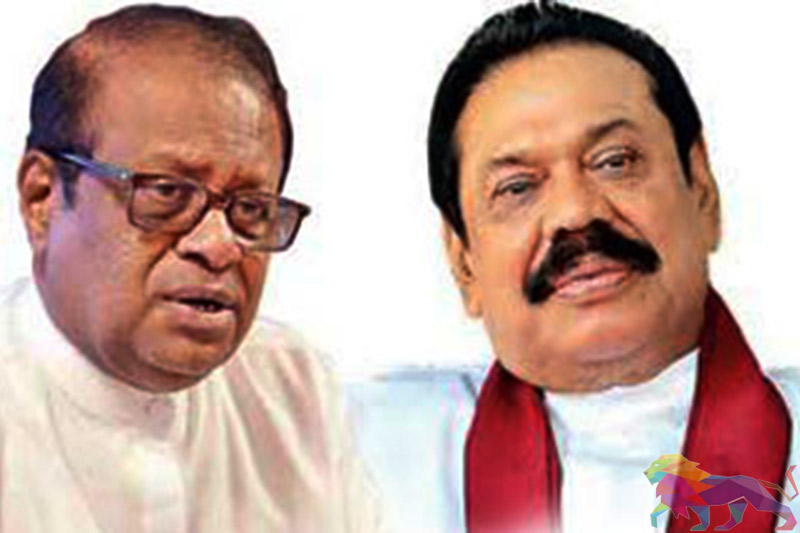 Former Monitoring MP of the External Affairs Ministry, Sajin Vass Gunawardena, who was a powerful figure during the former Rajapaksa regime has revealed details

Sajin has made this revelation at a press conference held yesterday (6).

Susil Premajayantha responding to a media statement made by Sajin on Tuesday (5) of death threats received by him and his family by Mahinda Rajapaksa had stated that Sajin was facing serious allegations before courts.

Premajayantha had stated that the audio recording played by Sajin before the media was produced by Minister Mangala Samaraweera’s media unit.

“I regret that a senior Sri Lanka Freedom Party minister of your caliber is making such statements. You should not behave in this manner since you are a senior minister. Do you remember the great service rendered by you as the Petroleum Resources Minister and the former President sent me to meet you with great urgency? Please remind yourself of that meeting and what I came and told you on behalf of the then President. You were asked to resign. You refused. You asked as to why you should resign. The then President had a video recording with him. You and I both know the contents of the video recording. Since one of your family members are involved in the video recording, I will not make any public statement on it. However, you nearly fainted when the video recording was shown to you. Afterwards you resigned. It was then that Anura Yapa was appointed as the Petroleum Resources Minister and you were appointed as Minister for Science and Technology,” Sajin has said.

He has further stated, “Mr. Minister, please don’t forget that past. That history shows who the Rajapaksas are. You were intimidated and black mailed by the video, the matter could have even been taken to the Bribery Commission, but it did not happen. I was used to convey the message and then you were threatened showing the video. You resigned. That’s how it was done. That is how the Rajapaksas operate.”

The media has made several allegations against family members of then Petroleum Resources Minister Susil Premajayantha for engaging in a corrupt activities with foreign petroleum companies.