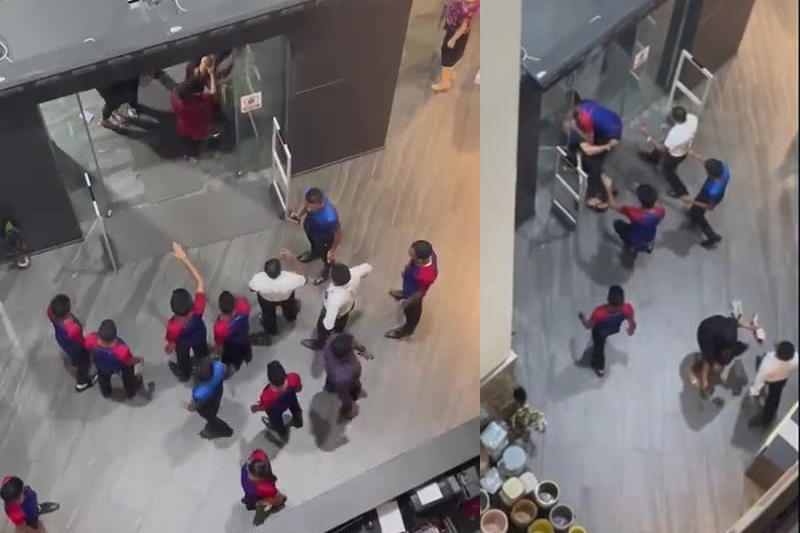 Police are investigating a brawl between a customer and several workers of the House of Fashion clothing store at Bambalapitiya over a parking issue.

Video footage of the incident that happened on Saturday was shared on social media by customers who had captured it on their mobile phones.

The customer was seen confronting the workers at the entrance to the mall after shopping, as there was a delay in moving a car blocking that of his own at the vehicle park.