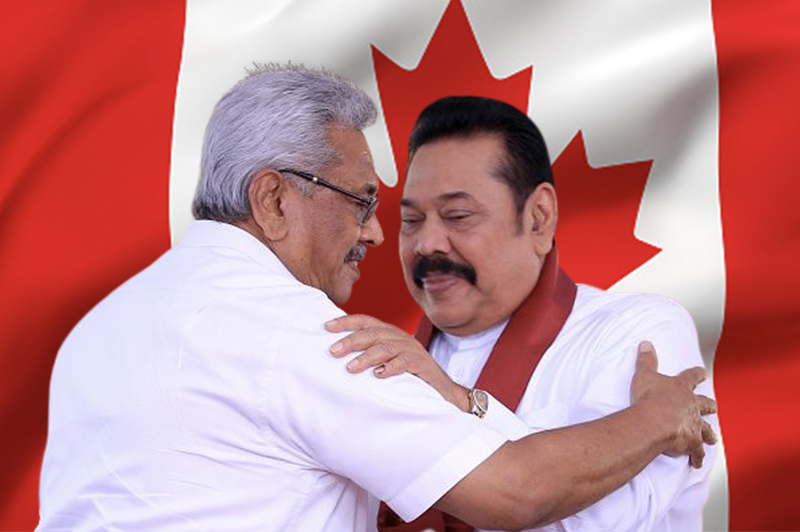 Sanctions have also been imposed on Staff Sergeant Sunil Ratnayake, whom a court sentenced to death for his role in a massacre of Tamils in 2000, and Lt Commander Chandana P Hettiarachchithe.

Ratnayake was later pardoned by the government. Hettiarachchithe has been accused of abducting civilians who were later killed.

The sanctions were imposed agianst the four officials for "gross and systematic violations of human rights during armed conflict in Sri Lanka, which occurred from 1983 to 2009".

The sanctions will freeze any assets the officials may hold in Canada and render them inadmissible to Canada under the Immigration and Refugee Protection Act.

The Canadian Foreign Ministry said the country would not accept continued impunity for those who have committed gross human rights violations in Sri Lanka.

"Over the past four decades, the people of Sri Lanka have suffered a great deal due to the armed conflict, economic and political instability, and gross violations of human rights. Canada has taken decisive action today to end international impunity against violators of international law. Canada stands ready to support Sri Lanka's path to peace, inclusion and prosperity through the advancement of accountability, reconciliation and human rights, including international assistance to address the domestic crisis," Melanie Joly, Canada's Foreign Affairs Minister, said in a statement.

The development comes months after massive protests in Sri Lanka due to an economic crisis forced Gotabaya Rajapaksa to resign as president. Rajapaksa, an ex-military officer, became the president in November 2019.

The unprecedented economic crisis, the worst since Sri Lanka gained independence in 1948, had triggered severe shortages of food, fuel, medicines and other essentials.

For more than three months, people carried out massive protests demanding the resignation of Gotabaya, his elder brother Prime Minister Mahinda Rajapaksa and the entire government.

Mahinda and his cabinet were forced to resign on May 9 and on July 9 last year.